An important historical and architectural monument of St. Petersburg is the house of the general-political master Chicherin. The site on which the house now stands has a very rich history. At this place there were also Mytny Dvor, and the hotel, and the temporary Winter Palace of Empress Elizaveta Petrovna. And in the possession of the General -Polizmeister moved in 1768. 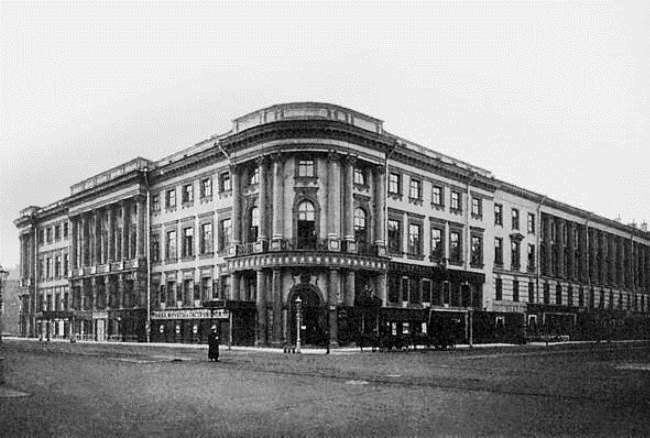 The author of the Chicherin House project was not installed, but the architectural divisions are very similar to the facades of the Winter Palace. The house remained unchanged until the XIX century, until in 1810, by order of Prince Kurakin, the new owner, an extension of another building was built. And in 1858, being in the possession of merchants Eliseev, the house was thoroughly reconstructed. The building is the first in St. Petersburg model of explicit classicism. The architectural feature of the house is a unique two-level colonnade, similar to the colonnade of the Winter Palace.

Alas, the original interior decoration is now not preserved. This house once served as a dwelling, or was, often visited by famous people. In this house lived Griboyedov, often there was Pushkin, Dostoevsky spoke. At that time the house belonged to the richest family of the Eliseevs.

From 1995 to 2003 the house underwent a thorough reconstruction and reconstruction of the facade and interior of the Eliseevs’ mansion. And the building was turned into a hotel. Further, from 2005-2010, under the decree of the St. Petersburg City Administration, a comprehensive reconstruction was made. New buildings have been completed, a new floor has been added, staircases and attics restored. 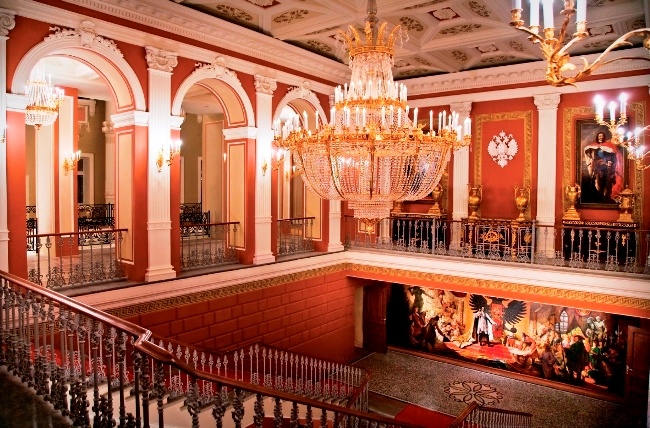 During the reconstruction, many buildings were dismantled or rebuilt, the dilapidated parts of the walls were fortified or destroyed. Although the reconstruction project was agreed, but the works produced were more like vandalism. Now you can see only a part of the former luxury of the time, and hear the stories of its owners.