The Brest Fortress is a unique monument of defense architecture, dating back to the nineteenth century. In addition to architectural notes, the fortress is known for the fact that a peace treaty was signed within its walls, which was later called the Brest Peace. The signing of such a treaty ensured the withdrawal of Russia from the First World War. However, the most important event in the life of the fortress was her defense during the treacherous attack of the Hitlerite invaders.

The fortress was erected in 1936-42. The Russian military built it, and it consisted of a fort and three fortifications defending it. At that time the main fortress line was six kilometers long and four hundred meters long. But such a Brest Fortress did not last long. In 1864-1888 the fortress underwent significant transformations and modernization. The author of the modernization project was E.I. Totleben.

The essence of the first modernization of the fortress was to frame it with a ring of forts, in a circle of thirty-two kilometers. And in place of the Kobrin fortifications, the Eastern and Western forts were erected.

Then there was the second modernization of the Brest Fortress (1911-1914), as a result of which it was planned to put forward a second line of forts 6-7 km from the fortress. These works were conducted under the direct participation of the military engineer D.M. Karbyshev. But to complete the construction of another line of defense prevented the First World War. 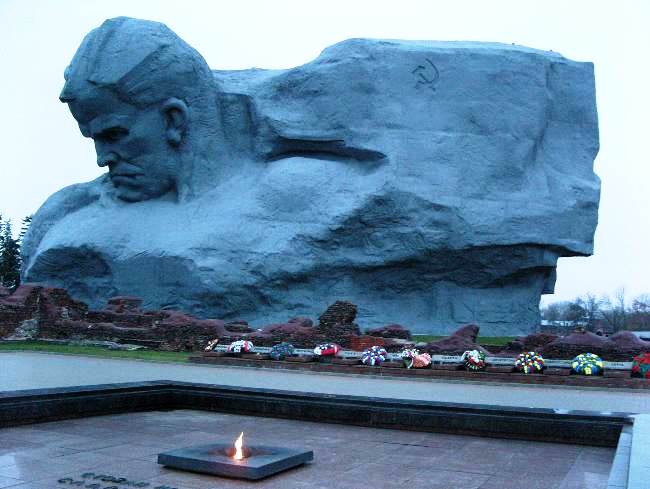 Since the beginning of the First World War, the fortress has been very powerful preparation for military operations, in particular, to the defense. However, on the night of the thirteenth of August, 1915, retreating Russian troops, they decided to partially blow up the fortress. And on March 3, 1918, in the White Palace, which is located in the Citadel, all the well-known and still controversial about its expediency Brest peace was signed.