Alexander Dmitrievich Bilechev — a hero of the Russo-Turkish War, an officer of the Russian fleet, visited Egypt as part of the expedition. This mysterious country captured him, full of mysteries, impregnated with the smell of antiquity, covered with sand of mystery. Bilechev decides to build a pyramid-burial vault in his homeland. Pyramid With Kupolam in Ukrainian. 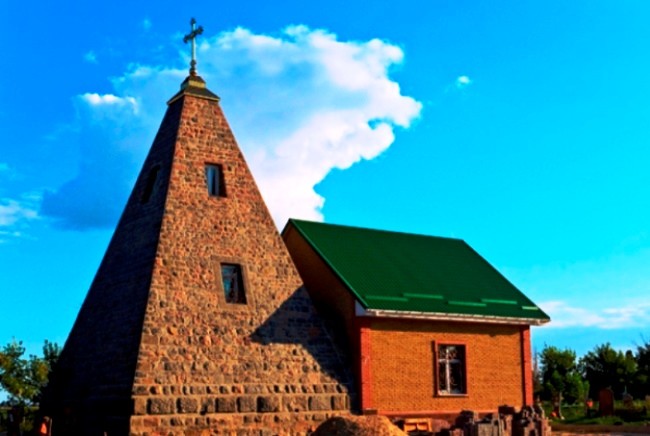 Construction began in 1864 on the outskirts of the Bilechevsky estate, the village of Komendantovka, near the cemetery. Construction went according to all the rules of ancient Egyptian architects, granite blocks, were delivered from a local quarry, then climbed on ropes along wooden gutters, they were dragged up by workers. Instead of water added to the expensive lime solution, the blood of cows was used with the addition of egg yolks. A strange recipe for a binding solution was not only barbaric, but also delayed construction, which lasted 13 years.

The finished pyramid of Saint Sophia, 15 meters high, consisted of three tiers. Since Alexander Dmitrievich Bilevich was a Christian, deviations from the canonical decoration of the Egyptian pyramids were made. The upper tier was a loophole, and her cross was crowned. On the second tier there was a temple with an iconostasis, and on the third there was a tomb. In 1877 Sofya Bilecheva, the wife of Alexander, fell ill and died, she was buried in a burial vault. And in 1916 they christened the temple in the name of St. Sophia. After the Russian-Turkish war Bilechev himself died, he was buried next to his wife. 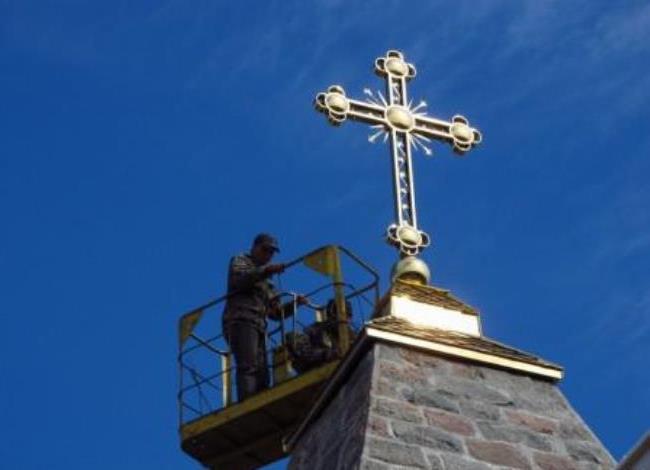 During the Soviet era, the pyramid was ransacked, the bodies of the Bilechevs were removed. In 1922, the pyramid was destroyed. It was used as a storage of dust. Now the temple is being rebuilt, and an extension has been built, spoiling the whole view.