Coming to Odessa, every tourist is obliged to visit Catherine Square. It is one of the most beautiful pearls of Odessa, which adorn the city. The square received its name in honor of the Military Church of St. Catherine, who was considered the patroness of the then ruling Empress Catherine II. It was during the founding of Odessa. But in 1796 Pavel I suspended construction, and in 1821 the unfinished church was dismantled. The first fountain in the city was installed on Catherine Square in 1873. 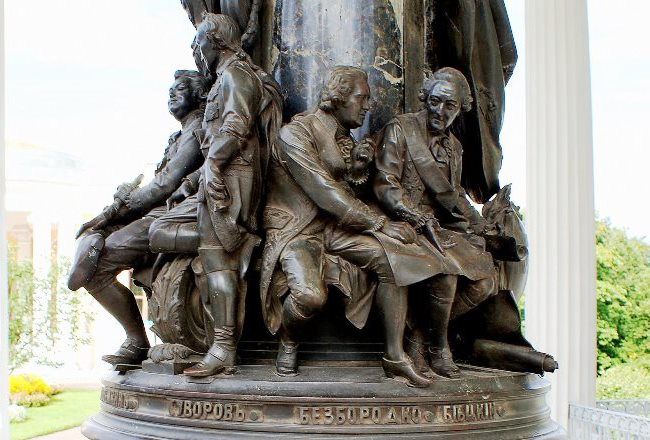 In 1894 in the center of the square a monument was erected to the founders of the city of Odessa. Sculpture was a high pedestal, which is Catherine II, she has in her hand a scroll with a decree on the construction of the city. Below are located, the statue of the Russian military, who became the chief of the city de Ribas, Prince Potemkin, the head of the Navy fleet, Count Zubov, the engineer de Volan. The monument reminds the mooring. The installation of the monument was timed to coincide with the 100th lithium of Odessa.

After the revolution, the statue was demolished, sending it to the local museum of local lore. The square itself was renamed Karl Marx and in 1921 a monument was erected to this philosopher. The monument did not last long, a strong wind knocked him down. 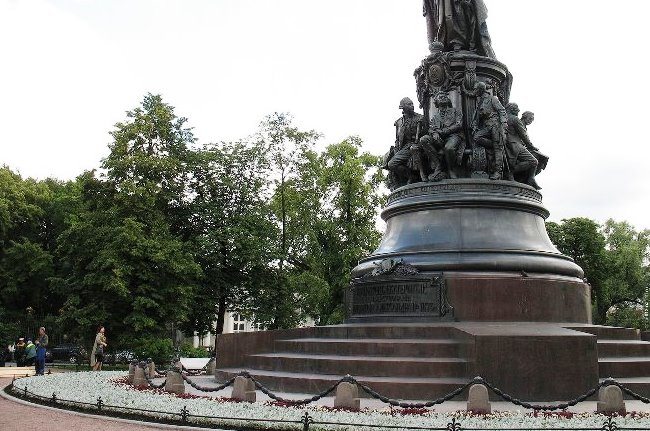 In 1965, the Soviet authorities decided to install a monument to sailors on the Catherine Square, which participated in the 1905 uprising on the battleship Potemkin.

In 2007, for the return of the square its historical appearance, the city authorities decided to open a second monument to the founders of Odessa. Sculptor O. Chernoyivanov created an identical copy of the statue of Catherine II, and the remaining figures of the founders were preserved in the museum of local lore, where they were kept for many years. The original statue of the Empress remained standing in the courtyard of the museum. Potemkin sailors were transferred to the Customs Square.