One of the most famous sights of the city of Rostov is the Maxim Gorky Theater. In 1925, at the All-Union competition, the project presented by V.A. Shchuko and Professor V.G. Gelfreich. 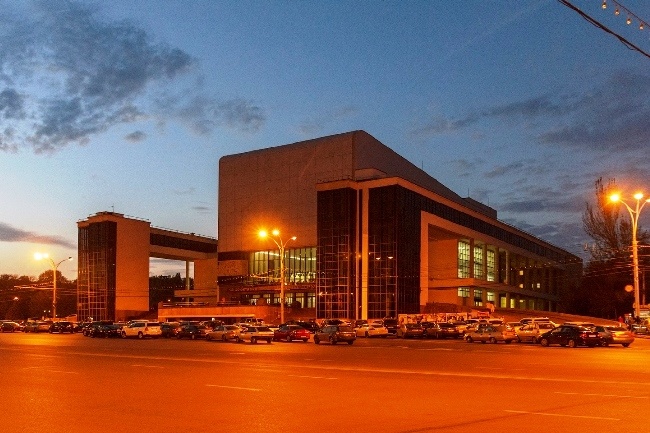 The building, according to the idea of the authors, should have resembled a tractor driving to the hill, when viewed from the steppes on the left bank of the Don at a distance of about 10-30 km. Therefore, among residents of Rostov it is customary to call this building a Dramatic Tractor. The construction took 5 years.

It is interesting that the interior decoration of the staircases of the theater was made from the white marble of the Novocherkassk Cathedral. And the railway track was specially brought to the construction site. When the construction was finished, an error in acoustics was discovered.

The exterior of the building really looks like a tractor. The facade is decorated with a high relief of the famous and revered around the world Don sculptor Sergei Korolkov. The theater itself is lined with an Inkerman stone and white marble. The interior decoration of the theater also resembled a tractor of a staircase made of white and cross marble, eight columns with hoops at the base, imitating pistons of engines. Two halls for 2500 and 850 seats, a buffet area of 300 m2, a kindergarten for couples with children, as well as a museum and a library. 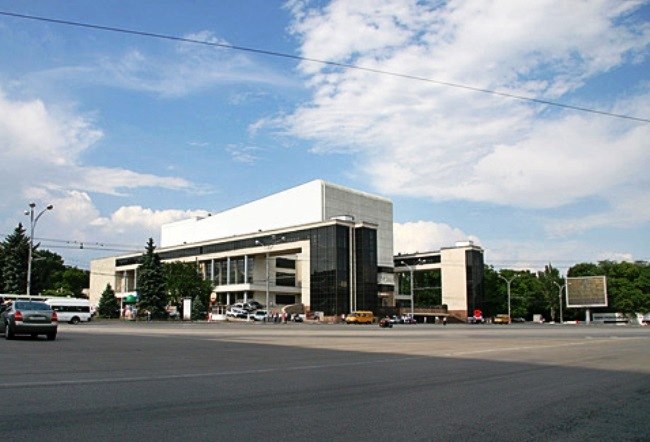 During the Second World War, the theater burned down. The restoration was undertaken by VM Anikin, VN Razumovsky, VV Deontiev, and supervised by NN Semenenko. Based on the consultations of one of the authors V.G. Gelfreich, in 1963 the theater was restored. The internal layout of the building was changed. The number of seats in the large and small halls was reduced to 1165 and 300 seats, respectively. If the buffet and sofas were removed. Now there is an experimental scene with a capacity of 70 seats. In the western wing, the ART Cafe «Theater Square No. 1» and the ART Gallery are located.