Lake Baikal is a unique reservoir. It is rightly called a shrine, and not only Russians, but also the inhabitants of the whole planet. It is the only one of its kind, a treasure trove of a huge amount of natural resources. What is worth, the purest water of this lake, the bottom, which is visible at a depth of more than forty meters. Such a spectacle can not leave anyone indifferent. 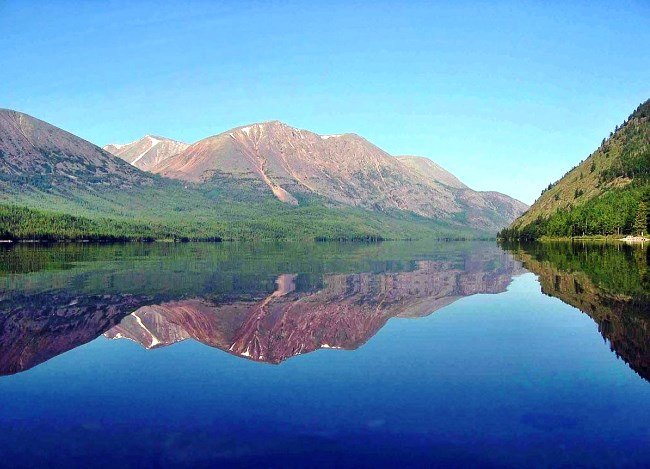 And there is such beauty in the southern part of Eastern Siberia, exactly in the place where the border of Buryatia and the Irkutsk region passes, exactly here at 53 ° 13̕ N 107 ° 45̕ east. preserved to our days nature in its pristine form. This happened, due to the fact that these places are framed by a chain of mountain ranges covered with impassable, dark taiga. Mongolian tribes living since ancient times in the south of Eastern Siberia have always considered this lake sacred. And they called it «a rich lake».

Having looked at the lake from a bird’s eye view, one can see a picture depicting a squinted, blue-colored eye that stretched for 636 kilometers in length, and its width is in different places from 24 to 80 kilometers. In this unique storage, about twenty percent of the fresh water that is on the ground is concentrated, and this will be more than in the five Great Lakes that are located in North America combined. 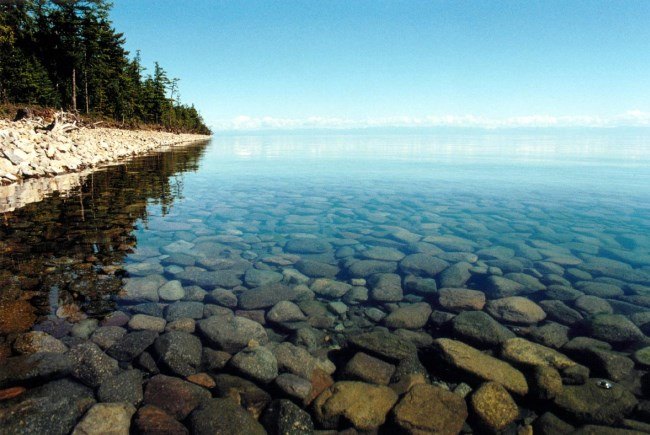 In addition, Baikal is one of the deepest lakes in the world, its depth extends more than 1600 meters. And the volume of water in the lake is such that if, imagine a situation — suddenly the lake was missing water, then the rivers of the whole world should have flocked to this «pit» during the year to fill it.

It is also interesting that more than three hundred rivers and streams flow into the Baikal, but only one — the Angara. In addition, as a rule, lakes of the same age as Lake Baikal for such a period are silted, and this is a natural miracle, it seems that every year it becomes only cleaner.