Set Travel > Blog > Island of Faith, megaliths in the Urals

Island of Faith, megaliths in the Urals

In the Chelyabinsk region in the Miass urban district is located in a fairly deep intermontane basin between the Ilmen and Ural-Tau ridges Lake Turgoyak. The only island that adjoins the western shore of the lake is the island of Vera, which has a relatively small size of about 800 meters, during the shallow water becomes a peninsula. 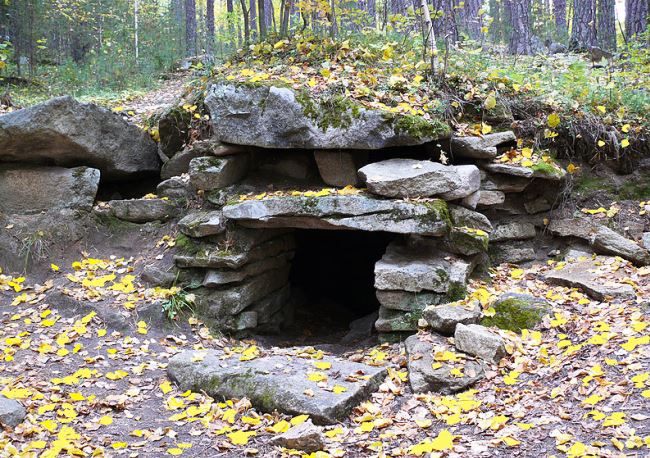 The island has three zones on which different climatic conditions, vegetation are clearly expressed, and also characteristic differences of archaeological monuments are observed. The contrast of these zones can be seen even in pictures from space, so significant differences. The main attraction of the island are three megalithic structures. For a long time, archaeologists could not understand the significance of these buildings, since it was believed that megalithic structures simply could not be in the Urals, so they thought that these huge boulders were remnants of the Old Believer skete or natural stones.

After much research, it was recognized that the island of Vera is the center of a megalithic culture that existed from the 3rd to 4th millennium BC. Archaeologists managed to mark on the map more than 150 places of such finds, of which three practically investigated megalithic structures, 13 objects of the Old Believers period and 15 ancient finds.

In 2003, megaliths made of stone, dolmens, quarries, dwellings and menhirs were discovered on the island. The first expedition led by Stanislav Grigoriev from the Institute of History and Archeology of the Ural Branch of the Russian Academy of Sciences proved that these monuments are about 6 thousand years old in comparison with the Egyptian pyramids, and in their functional features remind of the antiquities of Europe of the same era, thanks to the discovery of megaliths on the island was recognized as the ancient dolmen of the Urals. 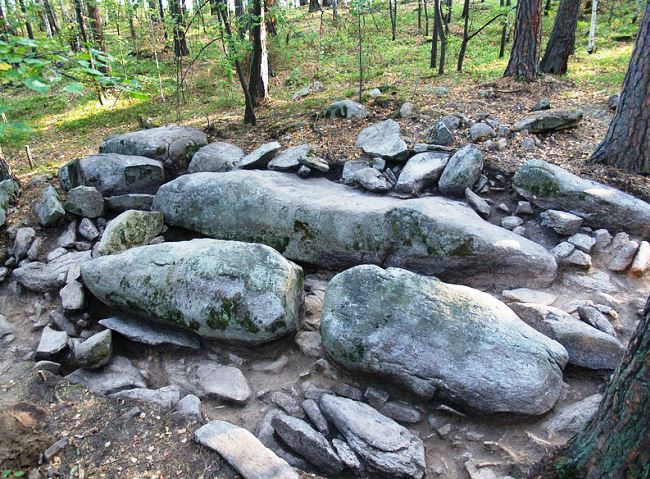 The largest of the megaliths has dimensions of 19 by 6 meters, covered with massive slabs and embedded in rocky ground, the walls are dry by masonry, there are three chambers inside which are connected by a corridor, also the sculptures of a bull and a wolf were found inside, to the cultural complex of that time. The second megalith has two chambers and a corridor, but for some reason there are no overlaps inside, only the preparatory part to them. The third small rectangular shape associated with the points of sunset and sunrise in the days of the solstice and equinox.