Beautiful and unusual river of Ragusha

The unique nature reserve «River of Ragusha», was established in 1976. The village of Rudnaya Gorka in the Boksitogorsk District of the Leningrad Region has become an administrative and territorial center. To get there, you will need to make at least two transplants, first you will have to come from St. Petersburg to Boksitogorsk, then change to transport, which will go to Rudnaya Gorka. 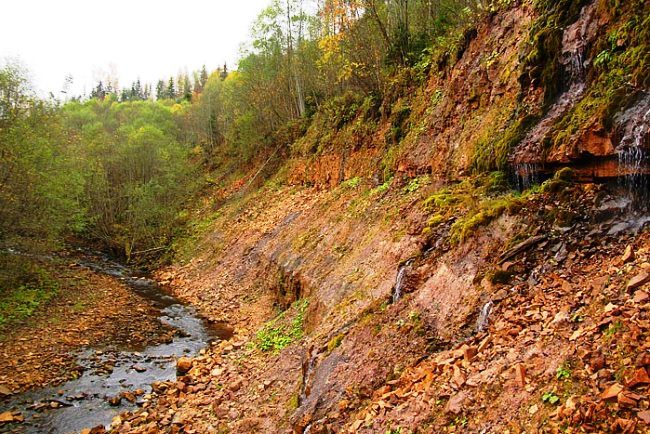 The reserve was created as a natural monument. The main goal of the establishment of such an enterprise was the preservation of the Ragushi river with its unique karst landscape and picturesque views, as well as with all the vegetation and wildlife in the protected area. Particular attention is given to the only one of its kind, the valley of this unusual river. The valley is formed by limestones, which were formed back in the Carboniferous era.

The valley of the river Ragusha has a very meandering shape and at the same time is very much overgrown with vegetation — thick bushes, and tall trees. Near the bridge, along which you can go to the village of Rudnaya Gorka, the lower reaches are abundantly filled with huge blocks of limestone rocks that have broken away from the valleys framing the valley. In the vicinity of the bridge there is also a canyon, the height of its banks reaches eight meters. 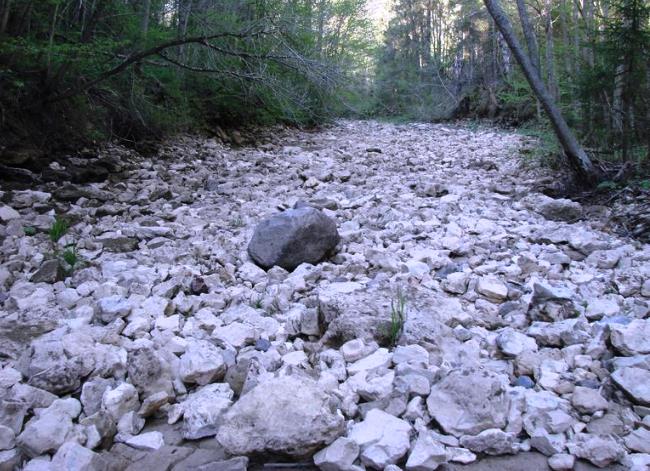 The river bed, near the village of Rudnaya Gorka, is filled with water in the autumn and spring, here a sedentary water stream forms among the bushes and bushes. In the summer, all the water leaves here. Of course, when talking about this extraordinary river, one can not help telling about the nature and fauna surrounding it.

First of all, it is interesting that the local places are covered by broad-leaved and alder forests, which is extremely rare for these territories. Here you can easily find giant fescue, broad-leaved bell, but a particularly valuable plant is a forest orchid. Of animals, great interest is caused by the nesting sites of the dolt, and upstream beavers settled.