To the average Russian village or the baking variety of my grandmother, the affectionate name «Vovnushki» has nothing to do with. In fact, these are the fighting towers in Ingushetia — Vovnushki. Stress — first words, and pronounced correctly «Vovnushke», which means «The place where the watchtowers are located.»

From far away are two towers high: peaks high, looking like their natural continuation. They were erected on the shale rocks of the gulag Gorge in the 17th century. The strength of the laying of the two watch towers is surprising. 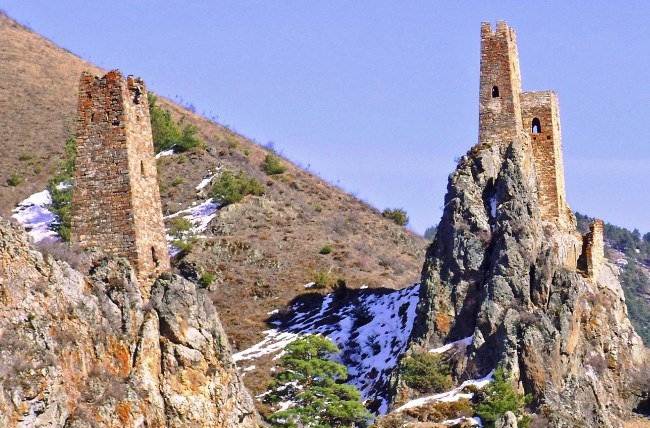 Medieval Ingush added casein (milk whey) to building materials — the towers were not only the guard posts of the Great Silk Road, but also stood there for the present time, became a monument of architecture almost unchanged, despite the bad weather. Where to build, checked milk in Ingushetia: the land was bottled with milk, and where it remained (not absorbed) was considered the best place for construction.

There are a lot of legends about Vovnushki, but only one tells about the fearlessness of the people of Ingushetia. A lot of babies were saved by an Ingush woman during the wars. Running on the rope, which remained between the two towers Vovnushek from the suspension bridge, several times she carried the cradles with the babies. The special pride of the people of Ingushetia, an example of their courage and heroism — Vovnushki, merged with surrounding rocks, strong, remembering the past. 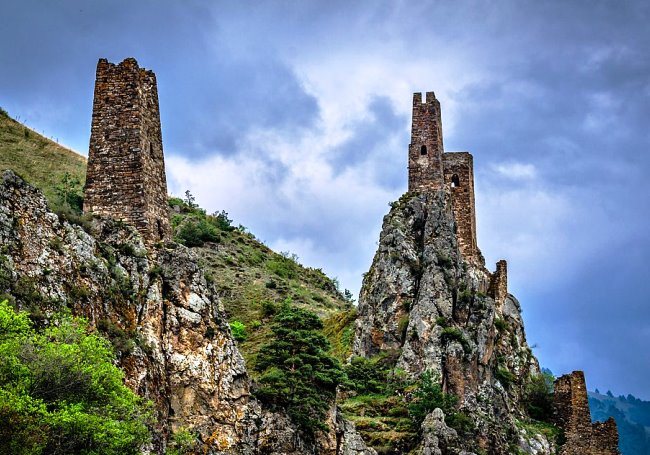 Residential towers, mausoleum, burial places are included in the complex, except military towers. The Jeyrahsko-Assinsky Museum-Reserve, an architectural monument is a favorite place for the Ingush and guests of the republic. Tourists can stop and in the new city of Magas — the capital of Ingushetia, as well as in regional centers, rent apartments for daily rent. Conduct wonderful excursions to the towers of Vovnushki.