Smolny Institute — a masterpiece of the early classicism

In Russia, and especially in St. Petersburg, preserved a lot of very valuable monuments of architecture from different eras. One of these masterpieces is the Smolny Institute. Moreover, it became famous not only because it is an old, complex architectural structure, a very beautiful view, but also because it became part of the very stormy historical events of 1917 that determined the direction of the development of such a huge country as Russia. 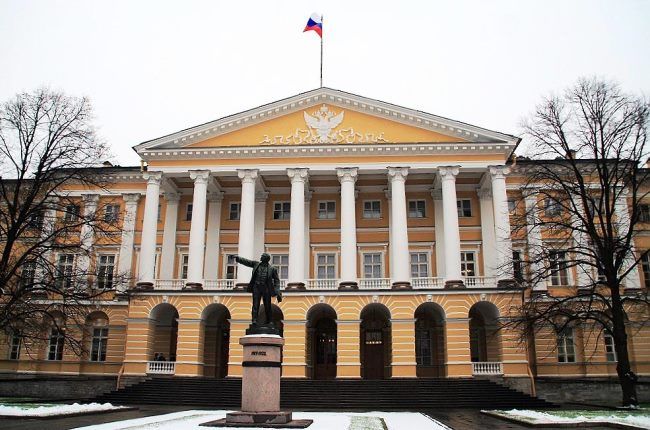 This architectural masterpiece is built in the Palladian style, this style refers to the early forms of classicism. The founder of this style was the Italian architect Andrea Palladio who lived in the sixteenth century. Style is based on strict observance of symmetry, as well as other geometric forms, while the architecture of buildings is given to Roman and Ancient Greek styles. In Russia, originally this style was used in the construction of estates and all sorts of out-of-town buildings.

The building of the Smolny Institute can be considered the best creation of the famous architect Quarenghi. He was created for the Educational Society of Noble Maidens. The beginning of its construction is 1806, and the year, when the construction was completed, became 1808.

The institute inherited its name from the Smolny Monastery, which is located in the neighborhood, and he in turn received his name thanks to the resin yard, which used to be located here. 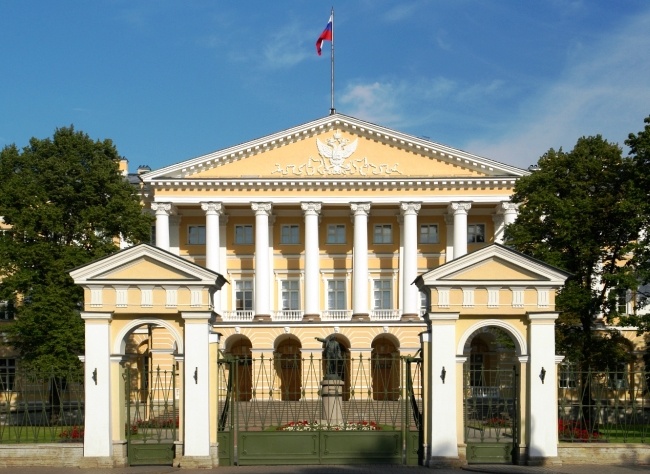 It should be noted that the Institute of Noble Ladies began the formation of women in the Russian state. At first it was located in the building of the Smolny monastery, but due to the fact that part of the monastery was given for the Widow’s house, a need arose to erect a new building for the Educational Society. After the Smolny Institute was built, all the girls were moved to its spacious rooms. Well, the widows got the cells of the Smolny monastery.