Everyone in the world knows the British Stonehenge. It has been open for a long time and its historical and archaeological value can not be overestimated. However, more recently in Russia, on the territory of the Kurgan region near the village of Buzan, which is located in the Belozersky district, it was discovered how it is now called the sanctuary Savin.

This unique find literally exploded the whole learned world. It touched both archaeologists and historians. After all, in fact, in the Kurgan region was found the oldest observatory. With the help of seemingly elementary improvised things, people created structures that allow calculating time, anticipating periodic natural changes. This unique structure is located in the floodplain of the Tobol River, on a small hill.

The construction discovered by archaeologists looked like this: two circles that touched each other, in such a way that the figure eight turned out. They were 14 and 16 meters in diameter, and ditches with a width of one and a half meters were dug along the lines of the circle. A more interesting moment in this construction is the presence of pits in the ditches and the center of the circle, there were about a hundred of them. From what scientists supposed that there were pillars in the pits. 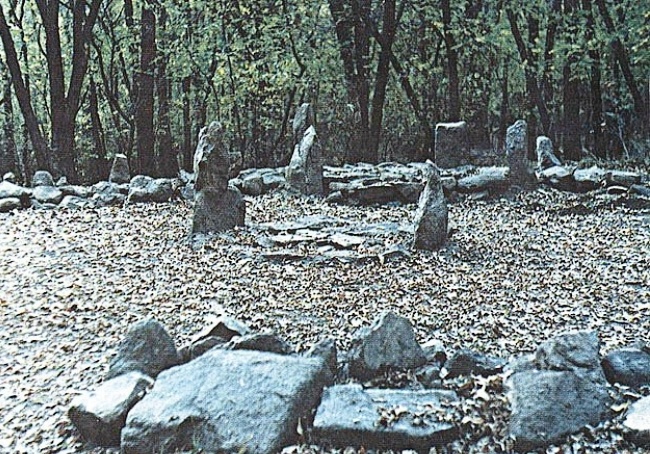 We must pay tribute to scientists. They conducted full-scale research and archaeological work here. And after that they began to perform astronomical calculations. In the course of these studies, it was found that the pillars and location of other finds were located in this design thoroughly thought out and were tied to perfectly defined lunar and solar landmarks.

It was after this discovery that it became clear that this building is the oldest observatory. And it is quite similar to the English Stonehenge, and if you believe the conclusions of scientists, they even refer to the same time.