At the present time, practically to every person living in Russia, and far beyond its borders, the powerful and majestic Nizhny Novgorod Kremlin is famous. But not everyone knows that this grandiose construction began, from a tree-earthen mound, which was oval in shape and framed one of the Dyatlovy Mountains. 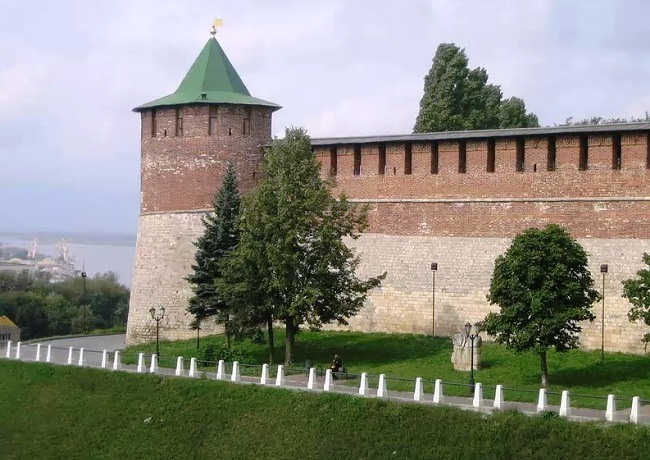 Such a structure was created to protect the population living throughout the district. After the construction was completed, people from all surrounding villages flocked here during the enemy attacks. And for them special barracks were provided here. Also on the territory of the ancient Kremlin were the Mikhailo-Arkhangelsk and Spaso-Preobrazhensky cathedrals — these were the main temples of the city.

After Boris Konstantinovich the Kremlin was continued to build by his brother Dmitry Konstantinovich. However, the work was still carried out intermittently. And only in 1509 by the order of Prince Vasily Ivanovich Moskovsky, the building of the fortification went much faster. Here were sent the architect-Italian Peter Fryazin, as well as a huge number of masters from Pskov. 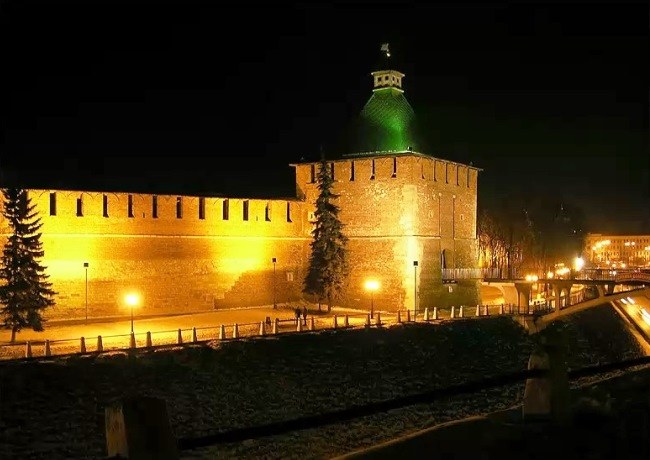 After the completion of the construction, the Nizhny Novgorod Kremlin numbered thirteen towers, which were located in the lines of the walls, and the fourteenth tower was a drain, pentagonal in terms of a strelnitsa. It was connected to the Dmitrovsky Gate by a stone bridge. The walls of the Kremlin were also particularly strong. These were walls with a thickness of four to five meters, erected on monolithic tape foundations. Moreover, the masonry of the walls was spilled with lime mortar, which gave it additional strength. During the entire existence of the Nizhny Novgorod Kremlin, he was never captured by the enemy.