Everyone who once had to visit the glorious Russian city of Pskov knows that his visiting card is the Kremlin, or as it is called here — Krom. It is not by chance that all such ancient buildings are known far from their location. It unites such buildings, one common feature — they were all created as fortifications to protect their borders and people living there. 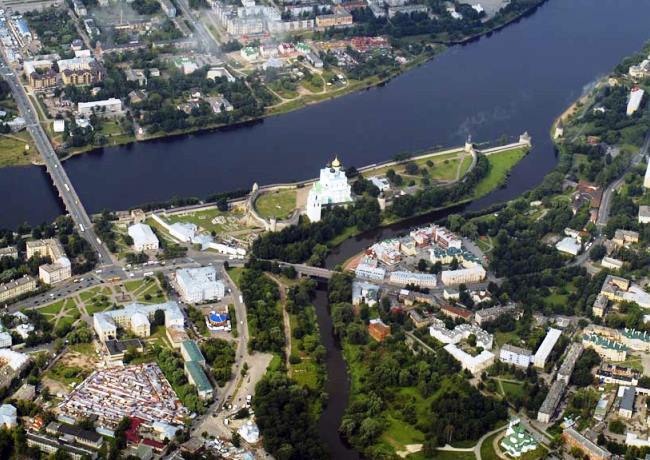 Having plunged into history it can be said that Princess Olga determined the place for Pskov Kroma. It happened when she stopped at the bank of the Velikaya River and showed her to a beautiful place and said that there would be a big city here, and there was a Trinity cathedral in it. These words can be considered the beginning of the foundation of the great city of Pskov. In fact, there were, of course, small settlements here, but they were scattered. And with the beginning of the creation of Krom, they all united, and united the inhabitants of all villages in the district one goal — to erect a protective structure.

And after the construction of the walls of the Kremlin, people began to erect the most important shrine and symbol of Pskov — the Trinity Cathedral. Not for nothing did Olga say — «… and the Trinity Cathedral». I must say, the cathedral turned out to be famous. On a clear summer or spring day, its domes were visible for 30-40 kilometers, they seemed to protect the inhabitants of Pskov, even if they were at such a long distance. 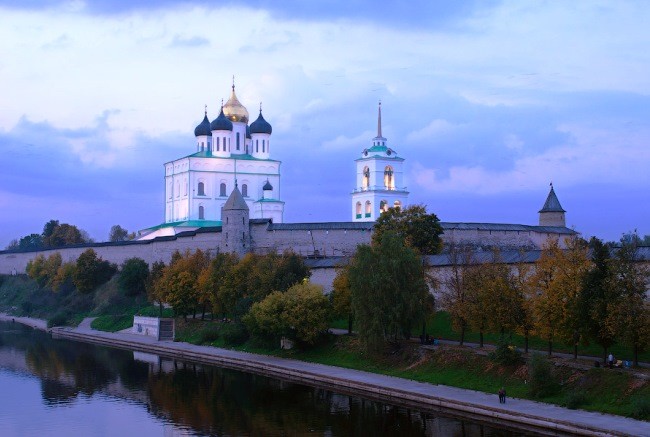 This masterpiece of Russian architecture, the shrine of the city of Pskov, has undergone many reconstructions and rebuilding and the way it is seen by visitors now, this is the fourth option that was built in 1699. The first temple in this place was erected under Princess Olga, it happened somewhere around 957.

It is necessary to bow before Princess Olga for how she successfully defined the place for Crome, because having a triangle forum, its two sides were protected by natural protection — the rivers Pskovaya and Velikaya. And only for the third party it was necessary to invent a protective structure, they became a deep ditch that passed along the wall, which was given the name of the Boating, and also a powerful wall was built, which was called Percy.