Who likes to travel the world, and especially in Russia, he, of course, visited the glorious, primordially Russian city of Samara. And, of course, strolling through the streets of this beautiful city, could not help but see the magnificent temple of the Most Holy Heart of Jesus, which is executed in the Gothic style. Catholic affiliation of the temple did not prevent him from becoming a real decoration, you can even say a symbol of Samara. 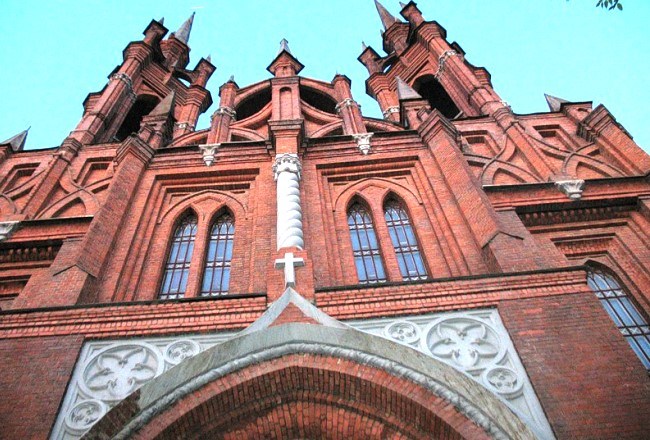 It all began with the fact that the Catholic community of the city of Samara decided to build a church. To do this, they, as it should, took the permission from the authorities, agreed all technical issues and started construction.

The construction of the church began in 1862. However, upon completion of the construction, the authorities did not give permission for its opening. They motivated this by the fact that Samara does not have more than a hundred Catholic families. In fact, the reason for the refusal was on the political plane. At that time, the Polish population was subjected to all kinds of political persecutions, and since the Catholics in Samara were mostly Poles, the decision of the authorities could be foreseen. The temple was given to the Lutherans.

However, the Catholics, a similar course of events upset for a little while, took a bit more than two decades, and they obtained permission to build a prayer house. It happened in 1887. The land for construction was allocated in a wasteland, but over time, around the prayer house grew quarters and it became a full-fledged part of Samara. Thus, in the prayer house, the Catholic community held a divine service until 1902. 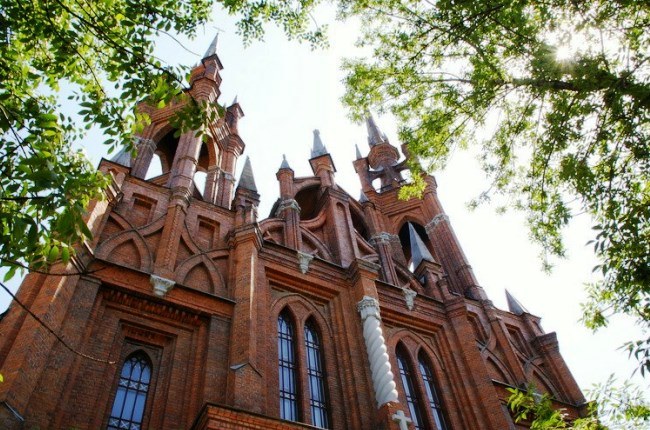 This year, the Catholic community of the city of Samara was given permission to build a stone church. Construction was completed in 1906. Since in Samara there were no masons specializing in Gothic style architecture, they were invited from Nizhny Novgorod. Alexander Shcherbachev was in charge of this project, and the author of the project was Foma Bogdanovich.