Odessa’s famous Opera and Ballet Theater entered the top 20, and took 11th place in the list of interesting and beautiful sights of Eastern Europe (according to Forbes), being the only theater in the city of Odessa. 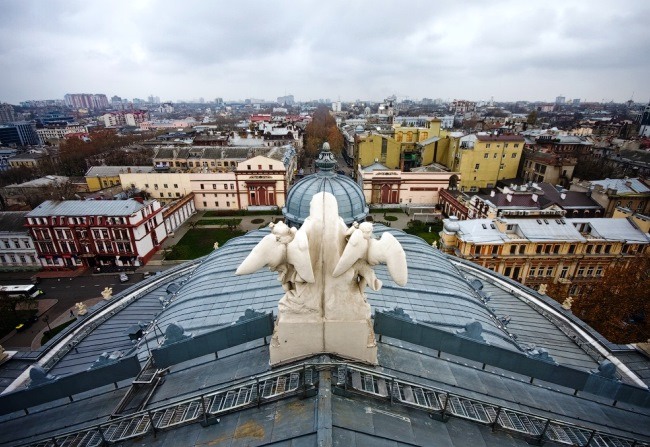 In 1810, the first building was opened, but the fire of 1873 destroyed it, and in 1887 a modern building was erected, which is known to this day. The architects were Fellner and Helmer, who had already been the designers of theater buildings in Europe 47 times before. It is worth noting the fact that the Odessa Theater was rebuilt three times after the fires, but the last creation is the best work of art. On the theatrical portal took their place as the patroness of theater, dance, music, comedy and tragedy, and along the pediment, in small niches busts of such great Russian people as Glinka, Pushkin, Gogol and Griboedov are located.

At that time, the Pearl of the Sea theater was designed in the style of the Viennese Baroque, which was the main European style of art during the 16-18 centuries, and the most beautiful part of the building itself — the auditorium adheres to the old style of the French Rococo. The auditorium is magnificently decorated with ornaments that were covered with a thin layer of gilding. And the ceiling is of special interest, because for its basis are taken four paintings in the form of medallions by the artist Lefler. They were written from scenes of Shakespeare’s works: «A Midsummer Night’s Dream», «How you like it», «Hamlet» and «Winter’s Tale». 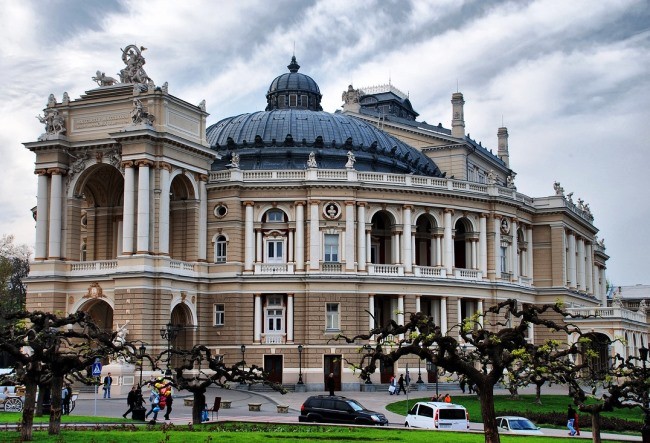 The central part of the ceiling is crowned with a chandelier, dotted with exquisite delicate details. A lot of divine candelabra, lamps and charming bronze ornaments amaze with the originality and intricate inventiveness of the creators. A magnificent curtain, which, probably, is no longer in any other theater, created by the sketch of the artist Alexei Golovin, is striking in its beauty. Acoustic capabilities allow even a whisper to reach all corners of the auditorium, and the stage area is five hundred square meters.

In 2007, the work on complete restoration was completed, the foundation of the theater building was reinforced with 1800 piles, the facade itself was completely restored and the works on equipping the entire technical system were completed. Did not stay aside and the theater area, it also carried out reconstruction work and landscaped territory. At the moment, the building is considered one of the best not only in Europe, but all over the world. The theater is famous for such conductors as: N.A. Rimsky-Korsakov, S.V. Rakhmaninov, P.I. Tchaikovsky, and on his stage the voices of Fyodor Chaliapin, Leonid Sobinov, Enrico Caruso, and Isadora Duncan and Anna Pavlova danced on his platforms.