The waterfall, even the smallest, looks quite picturesque. And in the Bulkanak valley of the Crimea, the waterfall begins its flow directly from the thickness of the stones. In the autumn and spring seasons, the water flows from the stones with a leisurely little stream of rocks and cracks, creating the illusion of a weeping rock. In summer, because of the high temperature, the flow is so weak that it drips only a drop from a small, 30-centimeter cornice protruding from the rock. 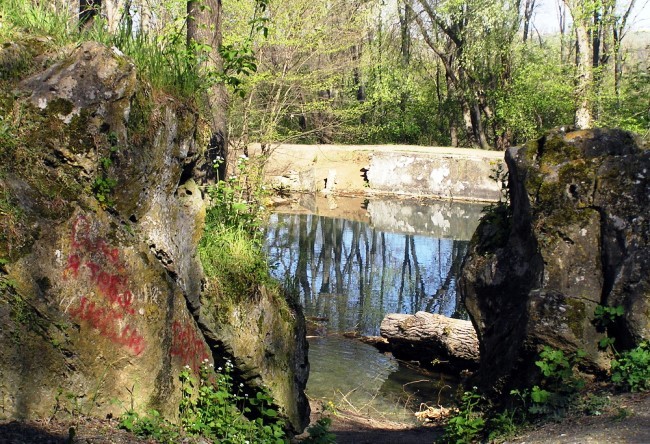 Gradually, droplets and trickles descend into small streams, and they, in turn, draining, form a lake under a weeping rock. From a distance you can see only a seven-meter-high stone precipice and a lake surrounded by forest. And only approached, you can consider an unusually delicate relief of rocks and a variety of color design. The rock cries, and its tears are washed by mosses of different colors, yellowish lichens and marbled lovely stones.

About the weeping stones, there are legends, in these places once lived a tribe of beautiful deer. But, unfortunately, in these places came a tribe of hunters who ruthlessly exterminated all deer. The last dying deer fell on the rock, and at the same instant tears flowed from it. According to geologists, the source of water is located behind rocks and it should be regarded as a mere phenomenon of nature. But, undoubtedly, the version with the legend is more dramatic and beautiful than writing off everything to science.

Next to that rock, it becomes sad and sad, and I want to tell my sad story. In the lake under the rock there are incredibly rare species of dragonflies, and behind the lake on the slope of the beam there is a steel outlet, similar to a layered cake about 8 meters high and about 10 meters long. In any, even the most sultry weather, there is pure and cool water. In the rock there is a gloomy grotto, which is an unusual and beautiful corner of the Crimean steppe. 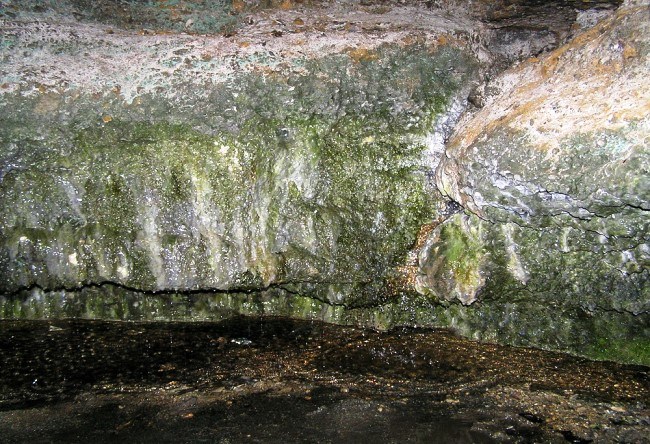 At this point in 1988, the landscape monument «Crying Rock» was founded. It also includes the Bulganak valley and a steppe area of 21.7 hectares. Subsequently, these places became reserved. Most of all in creation of this reserved place the Crimean regional specialist who very much loved these places has played, V.P. Dushevsky, who teaches at a geo-fake. He did everything for these places, until his death, than added another sad page in the history of the «Weeping Rock».