Transcarpathian relict valley, covered by narcissus appeared after the glacial period, when a huge layer of earth slipped from the mountains, along with all the unique plants. When the ice came down, there was a lot of water from the mountains, which helped greatly in spreading, blossoming and acclimating the narcissus. Through time, the whole lowland from Khrust and to Mukachev, which used to be daffodils, was overgrown with oak forests. 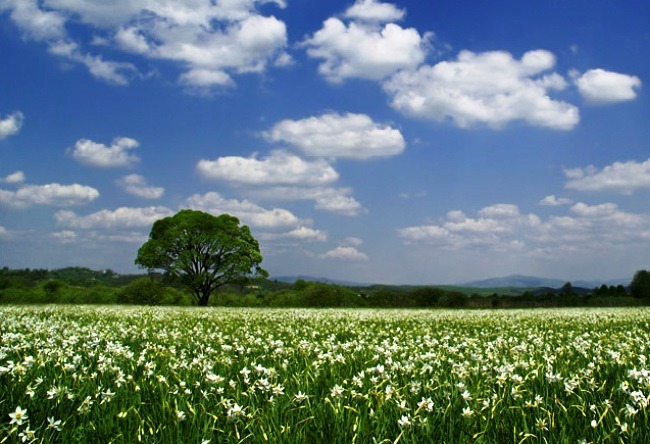 When these lands began to be used for agricultural activities, the area of the daffodil valley again decreased. Initially, these territories belonged to Austria-Hungary, and all the tract of Kirishi was protected and protected by forestry. Many medicinal plants growing there were used by local doctors to treat patients. And when these lands went to Czechoslovakia, some of them were sold to the people of Khrust. They grazed livestock in these places from October 14 to the feast of St. George. The valley was almost completely destroyed in the Soviet era, when it was decided to plow it to grow grain.

The plowing was stopped, only when 50 hectares of daffodils were destroyed, after which the rest of the land was transferred to the Carpathian Biosphere Reserve. According to 2007 data, the reserve contained 54 hectares of marshy meadows, 164 hectares of ordinary meadows and about 32 hectares of marshes. The rest of the area is occupied by roads, ditches, administrative buildings and the canal of Khustets. The valley of the daffodils attracts lovers of all unusual and simply romantic souls. This Transcarpathian valley is more like a sea of flowers, with a stupefying aroma. 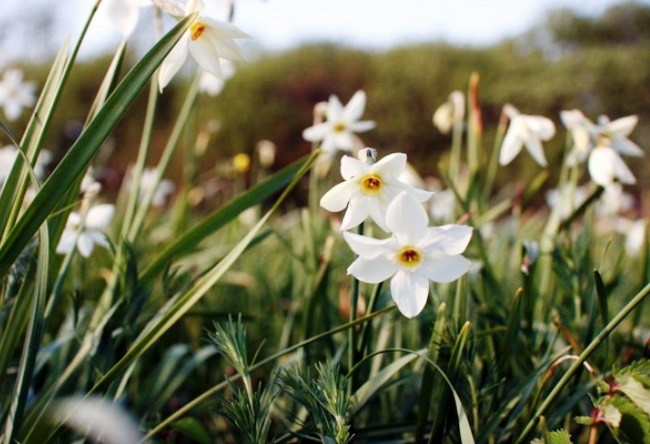 Such a large number of these rare plants is not found often, so the valley is visited daily by many tourists. Some neglect the warning, and try to be photographed among the flowers. The guards quite politely asks the lovers of photography to retire. For each torn flower, the fine is 12 hryvnia. But this does not prevent the local boys from selling bunches of narcissi by 5.

Unfortunately, every year there are fewer and fewer flowers in the valley, but what is now in the valley of the daffodils amazes everyone with its beauty. Seeing this beauty, it is worth thinking about the destruction of nature, which we do. After all, soon, these unusually beautiful places will not remain and these flowers, as well as many other lovely places, will disappear forever.