During the reign of Emperor Alexander II, many important reforms were made, one of which was serfdom. But the fighters for the power of the people wanted more, and the king was brutally murdered. The life of the Tsar-liberator Alexander II, was interrupted by the so-called Grinevsky bomb in 1881, the entire embankment of the Griboedov channel on this spring day was flooded with his blood. 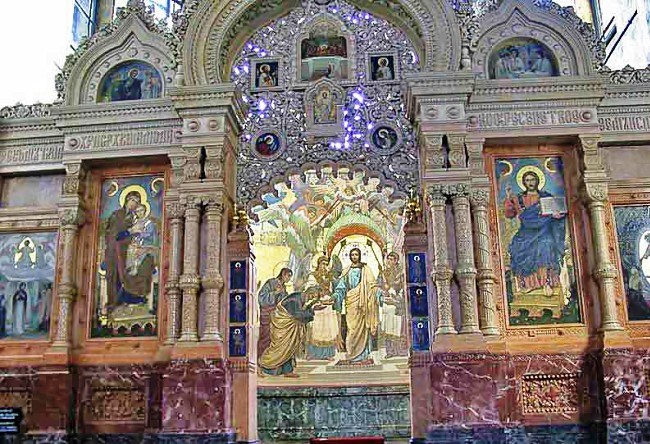 The next day, Alexander III for the City Duma received permission to build in this place a monument or at least a chapel in honor of the memory of the dead, but the newly-emperor made even more by building a church-monument here. A competition was announced for the project of the new church, which was held several times, as the tsar did not like them. And only the second attempt gave results, and the king approved the project of Archimandrite Ignatius, rector of the Trinity-Sergius desert and Alfred Parland.

There is a giving that, the archimandrite had a vision with the appearance of a new cathedral. It’s certainly impossible to know for sure, but the project was approved. Personal instructions of the king, and the architect’s intention included in the project of the Church of the Savior on the Blood or the Resurrection of Christ, the place of the tragic death of Alexander II. This explains such an unusual location of the building, the building stands on the edge of the canal, and the foundation partially goes into the water. 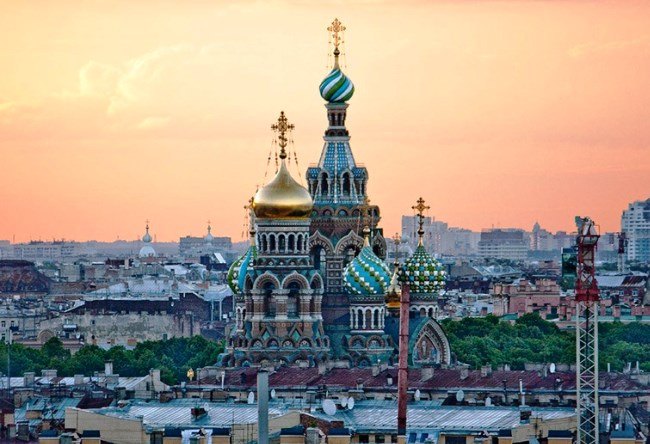 The temple was completed only in 1907. And on August 19 of the same year, in the presence of the royal family, the church was consecrated. Parish in the temple was absent, because it was conceived as a memorial in memory of the murdered emperor. The style of the temple is reminiscent of the Cathedral of St. Basil the Blessed, a part of the domes is also covered with enamel, and has a similar shape of the structure.

After the revolution, the church was for a long time desolate, and sometimes decisions were taken to demolish it, but this never happened. During the war, the temple was used as a morgue, after the war it was used to store theatrical scenery. And only in 1968 it was decided to restore it as a monument of architecture. Now the temple looks almost the same as in the days of its greatness.