The era of Gothic construction in the Russian Empire is best displayed in the cathedrals of St. Petersburg. A vivid representative of this is the Chesme Church, which amazes the world with its lightness, elegance and simplicity. This Orthodox church is located on the Frog Marsh. This name was given to the swamp by Finns, who like to call things by their proper names. 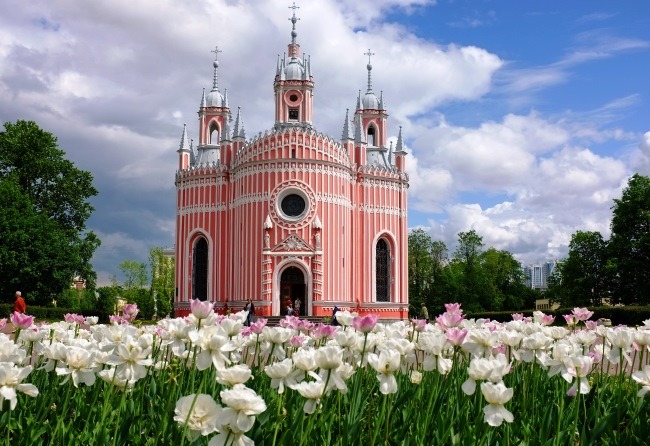 From history it follows that it was in this place, in 1770, that the messenger transmitted the news of the victory of the Russian fleet over the Turks, in the Battle of Chesma, Catherine II. In honor of this event, in 7 years the church was laid in this place. In just three years, she was completely ready just in honor of the 10th anniversary of the Chesma victory, in 1780. The solemn event was attended by Emperor Joseph II and King Gustav III. This was done by Catherine to strengthen diplomatic relations, and remind neighbors of the power of the Russian Empire.

The architecture of the church is very simple, but at the same time very original. The project for this church was designed by architect Yuri Falten, who often worked within the Russian Palace. His talent and skill was highly appreciated by Empress Catherine II, and he did not disappoint her expectations. Building a church in the Empress’s way is truly a difficult task. After all, the built up royal residence on the project Bazhenov was rejected. 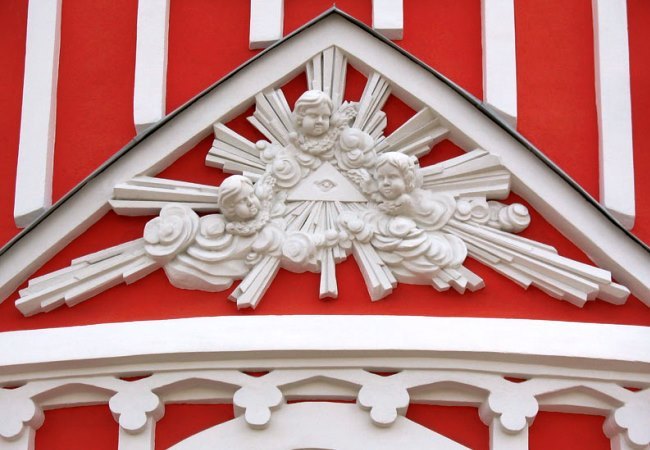 Later, in the style of the church, a grand palace was built, so famous that the whole area around the palace and the church began to be called Chesma, and the Finnish name was quickly forgotten. These buildings of the Neo-Gothic style are still in place, and are now available to tourists. Visit these places and appreciate the beauty and grandeur of these architectural works of art.

These buildings show that beauty was inherent in the Russian Empire, especially during the reign of the imperial family. It was at that time that the blossoming of construction and creative innovations, improvisation and unusual solutions, which now amazes us with its grandeur, was in full swing.