St. Nicholas Cathedral — an unusual story of the bell

Stunning and unique legends are full of history. How many fairy tales and tales she conceals in herself. Especially many legends are associated with the destroyed monasteries, churches, with the wealth that they kept and how often they search for and find «the traditions of the deepest …» The same interesting story: St. Nicholas Cathedral, which grew on the site of St. Nicholas Monastery, which is on the river Zhabne, near Klyazin. 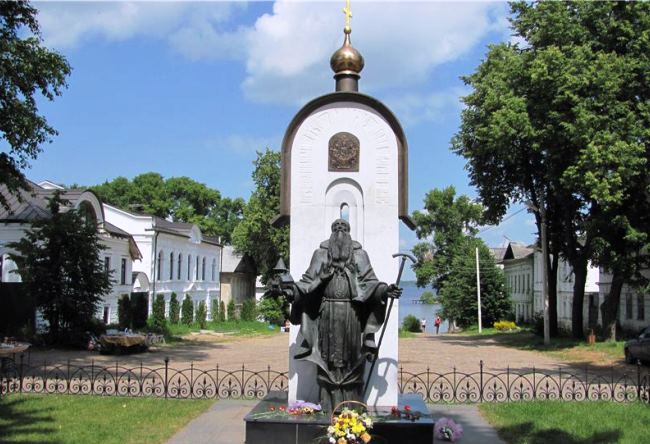 The construction began in 1694, and very soon a bell tower was added to the cathedral, in which there were five tiers, the height to the poppy was 75 meters, and it originally had 11 bells. In honor of the accession to the throne of Tsar Nicholas II, the largest bell was cast, the weight of which was as much as 17 tons. The bell was raised to the bell tower, and in 1800 the construction was completed.

Unfortunately, after the October Revolution, in connection with the construction of the Uglichka HPP, part of the city of Kalyazin was flooded. It was not possible to preserve the church of St. John the Baptist, in the belfry which was this giant bell. Flooding led to the destruction of many buildings, but the church’s makeweakings ranged above the water on a small island. Since that time, there is a legend about how a great bell kept the Russian land, warning it, about future misfortunes. The builders could not remove the biggest bell of the belfry, it collapsed and disappeared under the great water. Spring, rising water, delayed work to raise the bell, and there they forgot about it … 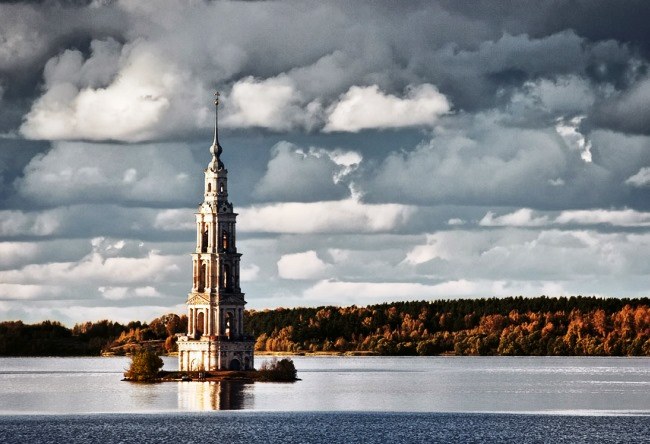 To appease the locals, it was decided to raise the bell or at least «calm». The divers descended to the bottom of the reservoir. But good, as the old-timers say, it did not end — the silent bell took revenge on its offenders: four participants in the dive fell ill with caisson disease, one with a stroke, and the captain fell ill with a tropical fever. And yet, despite everything, the bell still warns people about disasters and disasters. Now an artificial island is encircled around the bell tower of the bell tower, girded with a wooden pier.