Set Travel > Blog > White-stone shrine in the village of Kolomenskoye

White-stone shrine in the village of Kolomenskoye

For the first time the mention in written sources about the Church of the Ascension was sounded in the sixteenth century. The chronicler tells about the Kolomna church, as the most beautiful and brightest in all of Russia. 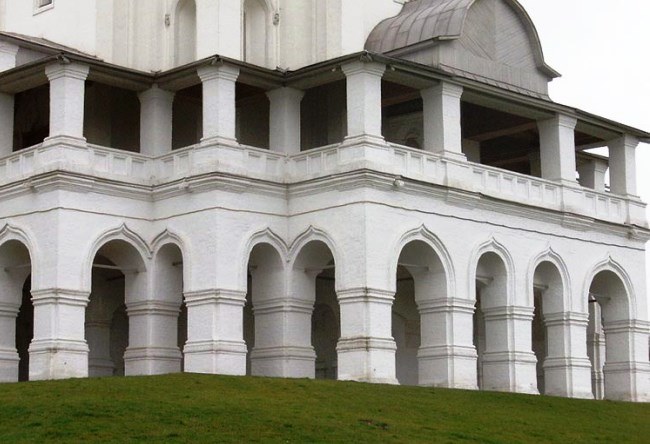 The Church of the Ascension in Kolomenskoye has always delighted our compatriots and foreign guests. When the composer Berlioz came from France to Russia, he noted in his notes, which later became memoirs, that the Ascension temple impressed his imagination, leaving an indelible impression in his soul. Hector admires the way Russian architects were able to convey spirituality and holiness in such a structure. He told that, having compared many European cathedrals with our miracle, he found them with a lot of extra molding. Immediately he was struck by the integrity of architectural and artistic styles.

In those days, when the architect Petrok Maly created this Russian creation, it was popular to build grandiose large-scale temples. It is very interesting how he could come up with an architectonic solution for a height of just over sixty meters and a wall thickness of three meters, which gives the church a peculiar elegance. The Church of the Ascension looks very picturesque on the bank of the Moskva River. On the tent of the building the creator placed white beads from the stone, the most beautiful kokoshniki also give the structure a smooth aspiration to the height. 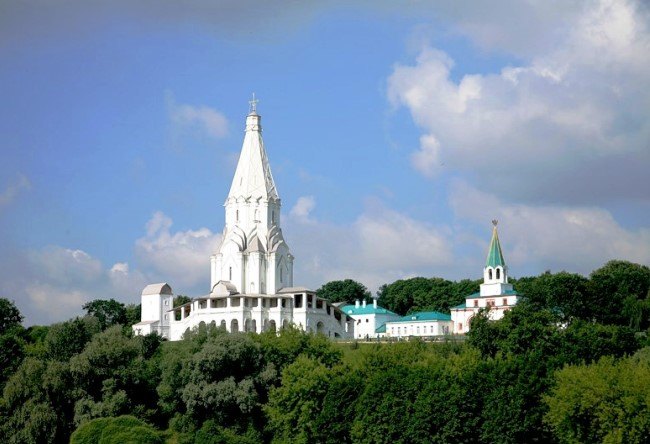 The Church of the Ascension stands without a single pillar and columns inside. And the arrangement of the windows contributes to the good penetration of light and air. As they say in the ancient legend, the temple was built on the promise of Prince Vasily the third. As a result, after the birth of Ivan the Terrible, Vasily’s son, a white-stone shrine began to be built in the village of Kolomenskoye, a favorite place of the entire Russian nobility.

The very mention of the village takes place in the chronicles in the thirteenth century, when the inhabitants of the city of Kolomna killed the son of the great Genghis Khan. Conqueror of the Russian lands is very angry such an act, he ordered to destroy all the villagers. Only a few people managed to escape, having organized their settlement on the banks of the river in the forests of the Moscow region.