Between Rostov-on-Don and Taganrog — the legendary city of Tanais

Excavations of the ancient city of Tanais disconcerted many scientists who found statues of fertility women, Greek amphoras and much more from different cultures. Studies were conducted in the lower reaches of the Don River. Often, scientists find several mounds, which are very happy. And then there is an entire ancient city with its unsurpassed finds. 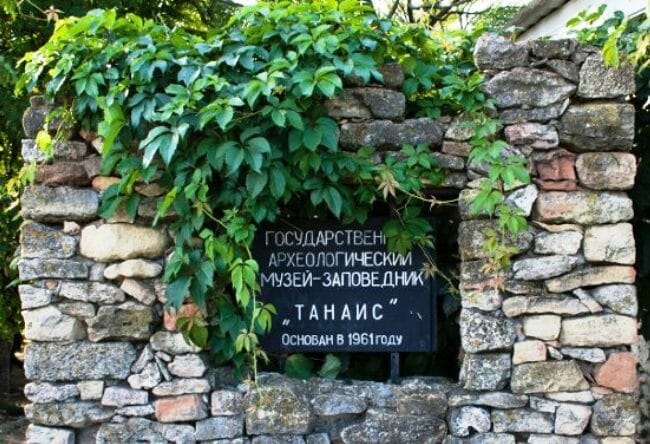 Here, between the two cities of Rostov-on-Don and Taganrog, archaeologists dreamed of discovering the legendary city of Tanais. It was described as a prosperous place with developed trade, somewhere on the border of Asia with Europe. Also mentioned in the description of the city columns and black-and-red ceramics. However, all this was not found, only rough walls and ordinary clay vessels, which were used for the preservation of oil. Then there was a suggestion that the city may be somewhere else. But the promised products of art could be carried away or destroyed by the conquerors.

The ancient sources tell the tragic fate of Tanais, who was subjected to several destruction. Once proud was under Bosporus rule. However, it is unclear for what faults, Tsar Polemon ordered to destroy his province. But the city nevertheless continued its development, until somewhere in the two hundred and fortieth year of our era was not completely plundered and destroyed by the ancient tribes of the Goths (or Huns). 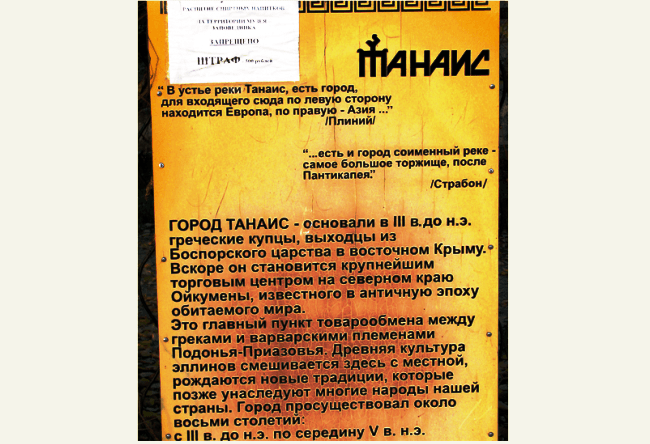 And after such misadventures, city residents who survived the bloody massacre decided not to attract attention. They built a completely new and inconspicuous town. It is very sad that residents of Nedvigovka do not give their permission for excavations in their village. After all, part of the site lies just under the houses of the village residents. Who knows what can hide the foundation of new buildings.

Just discovering the stone fertility women, who were found on Ukrainian lands, the scientists are racking their brains: who lived in this city. Exhibits from excavations are kept in museums of Petersburg and Rostov-on-Don.