The Altai Territory is replete with waterfalls and mountain ranges. Everything begins at the Ulagan Pass, then descent from Katu-Yaryk, the valley of Chulyshman, crossing the river Chulchu (a little more than three hours up the river). During a difficult but remarkable trip, you have to overcome steep climbs, dangerous stone debris and even somewhere to manifest yourself as a climber. 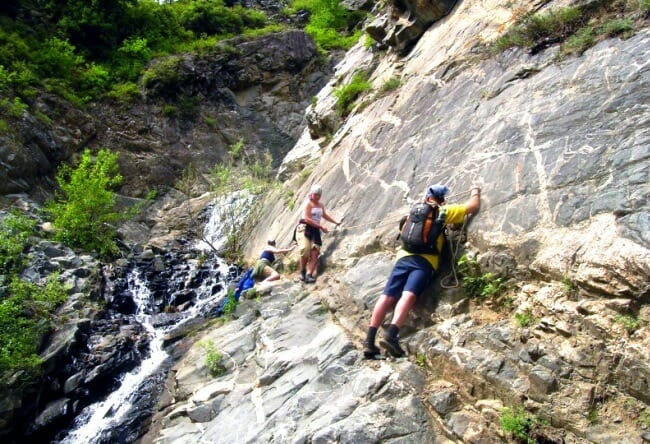 After a long journey, you will see the «waterfall» Uchar. However, experts have not yet solved such an important question: a waterfall or not a waterfall? Wikipedia also does not include Uchar in the list of famous waterfalls of the Russian Federation. Usually a waterfall is considered falling river water from a cliff. There is no such kind of fall on the Chulche river. But all the same, the locals consider a cascading conglomeration of boulders by the Great Chulchinsky waterfall. Fans of outdoor activities also consider this place to be a real waterfall.

Hydrologists believe that «silver jets» formed about two hundred years ago. For example, the age of Lake Baikal is twenty million years. Education occurred in connection with the collapse of adjacent river rocks. In general, the river Chulcha is calm and noiseless, but not in a place of falling water. The height of the fall from the rocks is equal to one hundred and sixty meters. 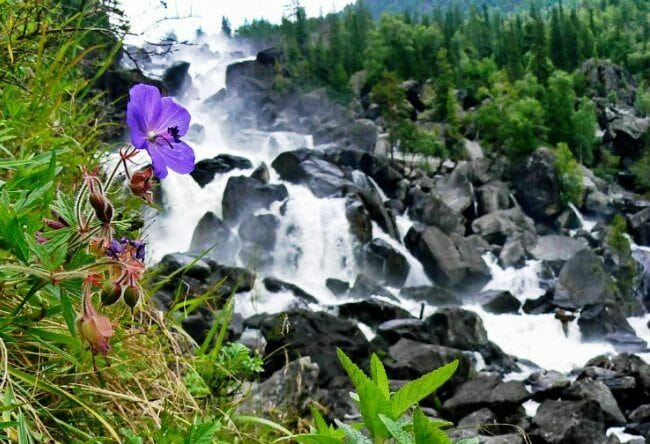 A stormy rapid stream rushes along a heap of rocks and roars like a real lion. Large Chulchi waterfall (Uchar) is a part of the reserve in the Altai. It can always be visited by everyone, but only with elementary security. To the waterfall is a well-thought-out route for tourists. However, you will not be provided with conductors or any special conditions.

You have to go through the pillars of fallen trees through fast streams, and a little sweat from fear in places where along a narrow path you have to pass along a steep rock. But all these efforts are not in vain. Your work will be rewarded, and you will be pleased to conquer the water slopes with the help of rafting and extreme sensations.