Pinega caves, consisting of karst (limestone, gypsum, marble, rock salt, dolomite), are located in the Pinezhsky district (Arkhangelsk region). The caves of the far north can not even warm up the summer hot sun. They are also very different from similar underground natural systems located in the Crimea or the Caucasus. 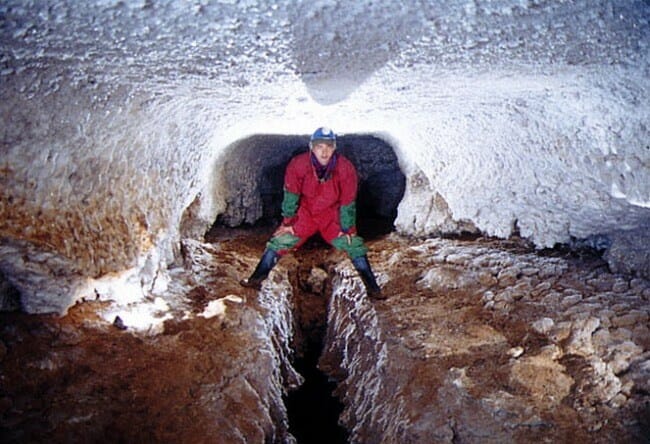 These archangel cave caves practically do not have large grottos — they are characterized only by kilometer galleries, long tunnels and passages between stone halls. Thus, everything that is inside the caves, just repeats the way of moving water under the ground. The Pinega caves are located very shallow and stretched out in width.

Tour guides advise tourists to dress warmer, since even the summer temperature corresponds to about zero degrees Celsius. They say that as you approach the caves in the summer, you can feel a light frosty freshness. However, it was thanks to the cold that the nature reserve gained its popularity. In the summer time in many caves on the arches over you hang icicles, hoarfrost. And what to say about the winter … Since December, everything in general turns into a snow-covered wonderful palace. The waterfalls freeze, they are covered by the icy crust of the wall. 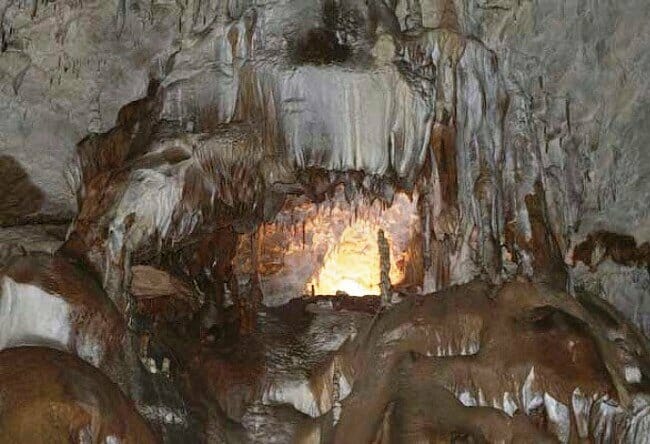 In addition to ice, the walls of the caves are made of pink gypsum, which looks very romantic. Similarity with corals allows gypsum deposits to take the most exquisite forms. They then hang from the walls, then extend upwards, forming cylindrical cavities. In these caves there are the largest deposits of karst in the whole European part of the Russian Federation.

At present, the natural Pinezhsky Reserve operates, which is engaged in the protection of wonderful riches and the study of new karst species. Every year, speleologists discover something new and unique. Scientists treat caves as living beings. Maybe because of the constant change in the terrain (then the entrances are opened and closed with new growths, then they simply acquire new outlines).