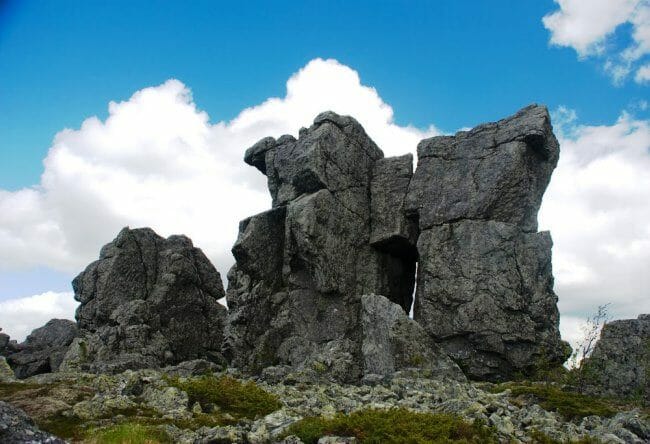 Outwardly this bizarre phenomenon is very similar to an ancient stone town, stretching for 10 kilometers from south to north. The raised plain is strewn with dozens of remains of various shapes and sizes. So the highest remains of stone ruins reach 40 meters. Many, if not most, confuse this «ancient city» with another remarkable place. In the photo below is a view from Torre-Porre-Iz (the ruins of an ancient city) to Man-Pupu-Ner (several lonely standing stone giants).

The Mansi locals themselves call the Torre-Porre-From plateau «Moning-tump», which means «Mountain of Ruins» from the translation. Plateau was formed due to the local frosty winds, which for several centuries «built» these unique objects of nature. The picture of the location of stone walls and pillars is constantly changing, some ancient remains are disappearing forever, and after them new no less interesting and fascinating appear. 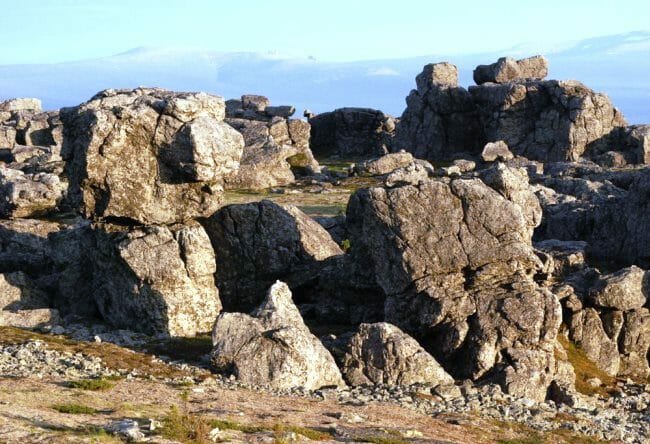 In the summer season, the sublime plain is magnificent, as never before, and the already amazing stone structures are supplemented with a picturesque bright view of flowering summer flowers. Therefore, to fully enjoy the beauty of these places, it is best to visit them in the summer warm days. By the way, not far from the plateau there is another equally famous plateau Man-Pupu-Ner, which also has something to show off to its visitors.

Local tourist companies in the summer months offer everyone who wants to visit the local places, taking part in the passage of various tourist routes, in winter the excursion to remote and difficult places takes place using a snowmobile as a transport. From the Torre-Porre plateau-From the indigenous tribes of the Circumpolar Ural, many interesting old legends and legends are associated, which are invariably transferred from father to son, from generation to generation.