Near the lake Shartash, in the Sverdlovsk region, there are granite rocks — «Stone tents.» These rocks can be called monuments, which nature itself created. The rocks have a mattress form, which is the result of the fact that they are constantly under the influence of wind, water and, of course, constantly changing temperature. 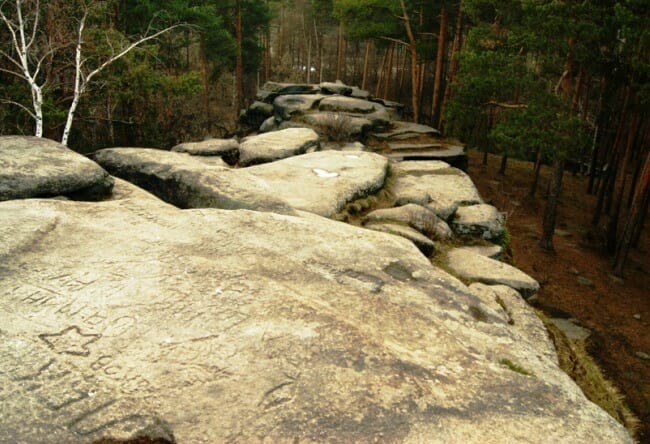 Until 1980, until the city of Yekaterinburg began to expand its territory, Stone Tents were in the woods outside the city. The height of the rocks reaches 12 meters, and if you take into account the earthen hills, they can reach 25 meters. To date, these rocks are in the Kirov region and are a favorite place for recreation of citizens of not only Russia but also tourists in particular. In addition to walking, here you can safely ride on bicycles.

In winter it is possible to ride here, even on skis, and this is not to mention picnics and other types of recreation. Also at the foot of the most beautiful and unusual rock, there is a granite amphitheater. Earlier, if you walked from the side of the city, on the approach to the rock there was a board, which now no longer exists. It was a reminder that before the October Socialist Revolution, there were many illegal meetings, May Day, and even the Bolsheviks were going to.

All this happened from 1905 to 1917, at such meetings it was possible to see the leader of the Ural Bolsheviks Yakov Sverdlov more than once. According to the facts of archaeologists, in the 3rd millennium BC, people lived here, a maximum of 10 settlements. 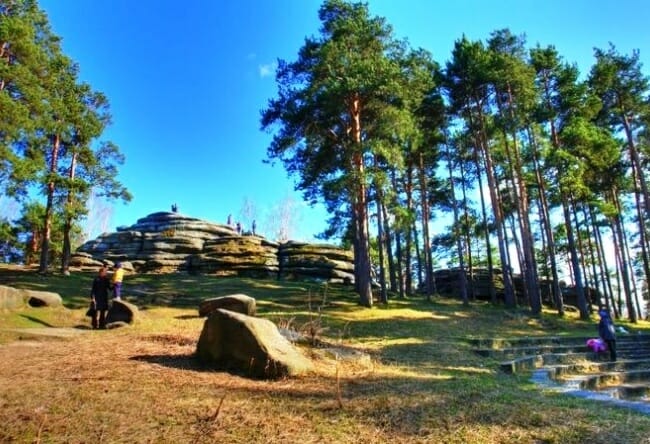 Also, according to the excavations conducted here by archaeologists, it became clear that they had ancient people with an ancient religious cult and commodity production. So, by visiting the Stone Tents, you will discover many amazing things that have never before been seen in your life. In Russia, there are many interesting historical places worth visiting and more than once. But this place is immortalized by an amazing nature, so why not pay tribute to nature and not thank her for it. Nature gives us the best.