Set Travel > Blog > The Sunduka Mountains, as a cultural and historical bridge between Europe and Asia

The Sunduka Mountains, as a cultural and historical bridge between Europe and Asia

At the intersection of the Iyus and Chyornaya rivers that flow through the territory of the Republic of Khakassia, the village of Iyus is located, where the world famous Sunduki mountains are located, which, according to many researchers, not only natural monuments, but also significant historical value. After all, this mountain range refers to the ancient observatory of the people who inhabited this region in the distant past. 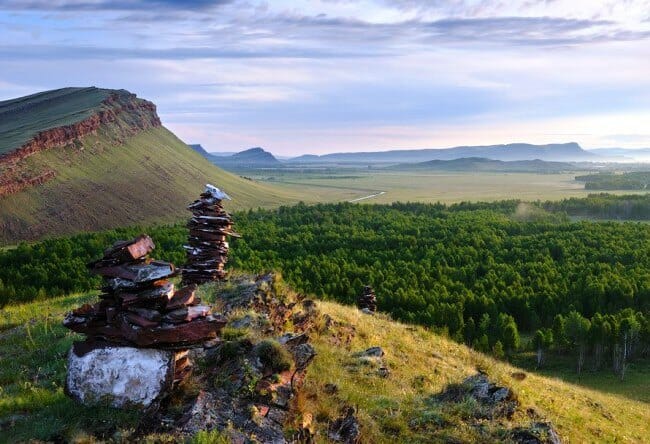 Sunduki received the scientific description for the first time in the seventeenth century when a German explorer Daniela Gottlieb Messerschmidt was sent to Khakassia by the initiative of the Russian Emperor Perth I. The purpose of this expedition was to study the Siberian region joined to the Russian Empire. And more than seven years, Daniel spent in the steppes of Khakassia, studying the ethnography and folklore of the Shorians, Kyzylians, Kachinians, Sagaits and Beltyr living in these lands.

However, the greatest impression on the researcher was made by the mountain range Sunduki, which, according to Daniil, was not only of natural origin, but also modified by man. One of the highest rocks of this ridge was in the shape of a tower, the top of which had an absolutely flat surface. At the same time, under the cleaved layer of moss, the scientist discovered a mass of carved images of some kind of original drawings and signs.

At the present stage Vitaly Epifanovich Larichev took up a more detailed study of the mountain range of Sunduki, who, over a period of more than twenty years, conducted a study of this natural monument with a team of like-minded people from the Novosibirsk Institute of Archeology and Ethnography. 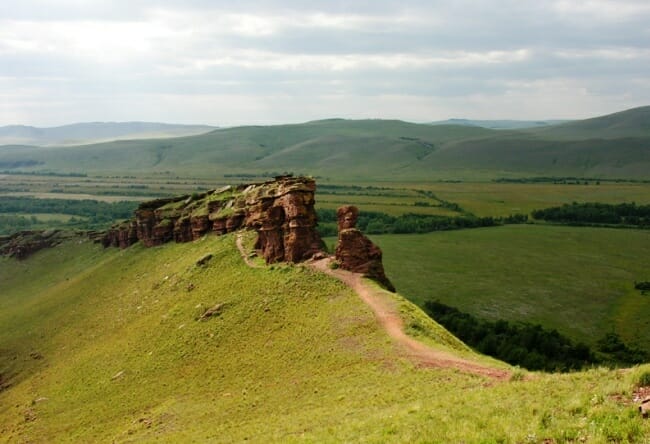 According to the results of these studies, Larichev established that the Sunduka mountain range is some analogue of the English Stoneheja, as an ancient astronomical observatory. With this in mind, Larichev and his followers are trying to prove that the territory of the modern Republic of Khakassia in ancient times was inhabited by quite modern «homo sapiens», not inferior in terms of knowledge and abilities to their contemporaries of the same Ancient Egypt, Hellenic Greece and Mesopotamian Babylon.