In the Sverdlovsk region is one of the extreme wonders of nature. The huge stone looks like a lying bear, and is named accordingly: the Bear-Stone cliff. Located near the Tagil River, just north of the city of Nizhny Tagil. 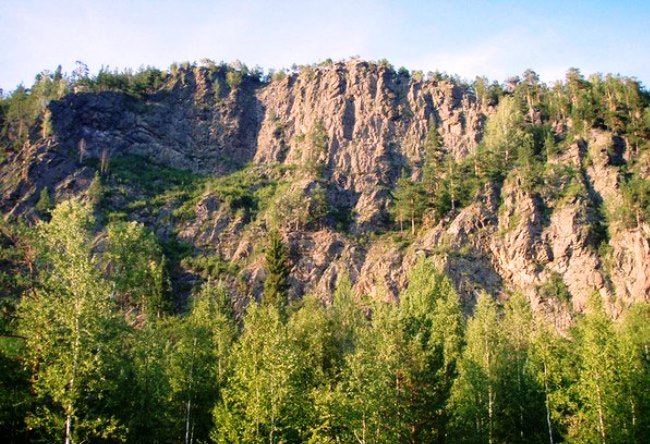 The components of the rock itself are different from the ordinary stone, similar to granite, but do not contain quartz. In general, such rocks have shades of pink, but because of the natural conditions the beauty of the palette is lost, leaving gray marks on the stone. A hundred-meter steep rock rises above the roaring river, which every day more and more destroys the base of the Bear Mountain.

At the foot of the cliff are picturesque glades, tributaries of the winding river Tagil, and on the horizon you can see the mountain ranges. Very beautiful landscapes dilute the burning desire of tourists to try their hand at climbing. It’s so interesting: to conquer almost three hundred meters high, sometimes even without insurance.

Mount Bear is also an interesting representative among historical, geological and other natural monuments. Here, fossil forests, i.e. trees of this type of elm prevail, which you will not find more on the Ural lands in this latitude. Also rare are rare kinds of flora. Most plants exist in these places since the melting of glaciers. 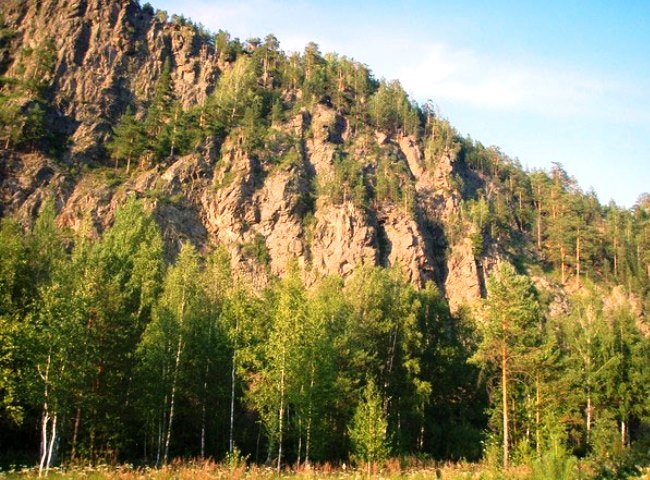 In the hole of the rock found a valuable archaeological find — the site of an ancient man who lived in the Urals since the Paleolithic times. Just from the rock you can observe the famous wintering place of Ermak, once conquering the student Siberia. One of the first records about the legendary place was Miller’s work on the history of this region (almost in 1800). A little later, in 1810 he was visited and described by the scientist Pallas. Well, the first excavations of the Medvezhye fortified settlement took place four years before the outbreak of the First World War. However, official excavations were carried out in late 1945 by Professor Bader, who suggested that this was the main transshipment route of our compatriots during the development of inhospitable lands….