As the legend says, on the eve of the Battle of Kulikovo, a detachment of Don Cossacks from the Sirotinsky town arrived in the camp of Russian troops to Moscow prince Dmitry. The Cossacks, instead of the banner, carried in front of them the icon of the Mother of God, raised from the church of the Epiphany church that was in their town, raised to the high shaft. 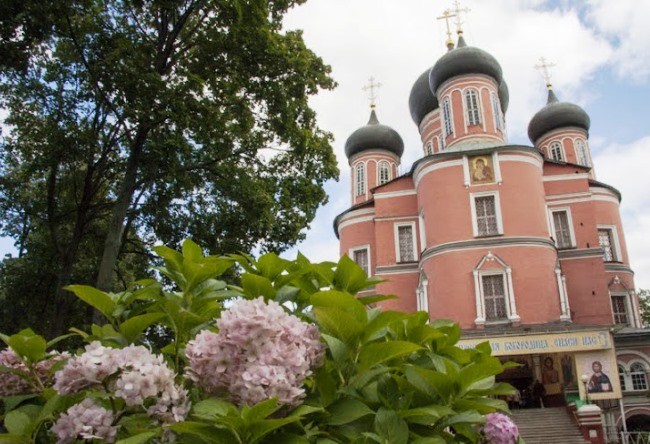 The icon was in the middle of the camp of Russian troops all the time, while the battle lasted. Her intercession was attributed to the victory won, after which the icon was honored as a miracle-working icon. Cossacks after the battle did not take the shrine home, but presented as a gift to Prince Dmitri, who brought her to Moscow. This legend — the first historical source, which refers to the Russian settlements on the Don, two centuries before the appearance of the Don Army. Researchers attribute the authorship of the icon to Theophanes the Greek or one of the pupils of the famous icon painter.

In any case, the icon of the Mother of God is undoubtedly unique. The well-known scientist V.N. Lazarev describes it as a work of ancient Russian art of exceptional artistic merit, regardless of whether it belongs to the hands of Feofan himself or any of his followers. The icon, on the reverse side of which depicts the Assumption of the Virgin, was originally placed in the Assumption Cathedral of the Kremlin. Before it, Russian people of all classes prayed from simple peasants, to boyars and princes.

In July 1552, going to march on Kazan, knelt before the icon is the Tsar Ivan the Terrible. He also gave the order to transfer the icon to the Annunciation Cathedral of the Kremlin. Church tradition says that in 1591 the icon of the Don Mother of God saved Moscow from Kazy II Giray. The troops of the khan already settled in the vicinity, when the procession was held and the icon was carried around the walls of the city, on the next day, on August 19, the Russian army won a decisive victory. The icon has since been revered as a defender against enemies, and in memory of this event in Moscow the Don monastery was founded. 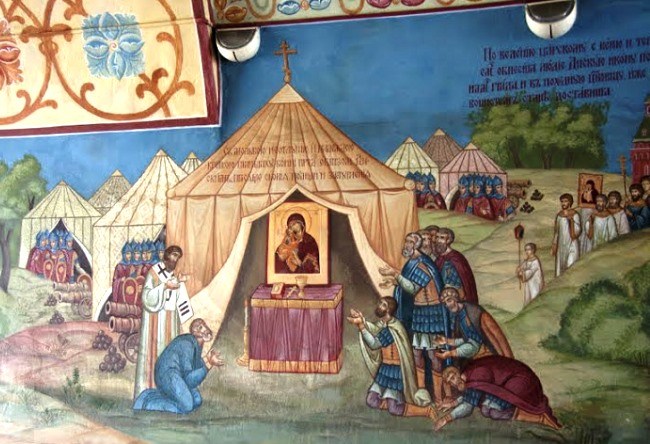 Since 1919, there is a copy of the icon in the monastery, it is kept in the Tretyakov Gallery, and every year it is returned to the monastery on August 19, where a festive divine service is held in her honor. In the XVII century the icon was enclosed in a precious salary, sprinkled with pearls, rubies, emeralds, sapphires and golden stars. In 1812, precious stones were abducted by soldiers of Napoleon, and during the revolution, a silver robe was lost. Nevertheless, the icon itself survived and has been revered by believers for six centuries.