The need to build a new mosque madrassah in the capital of Bashkortostan emerged as early as the eighties of the last century. However, long discussions of the project itself and the financing of construction led to the fact that construction began only in 1989 and lasted just under ten years. 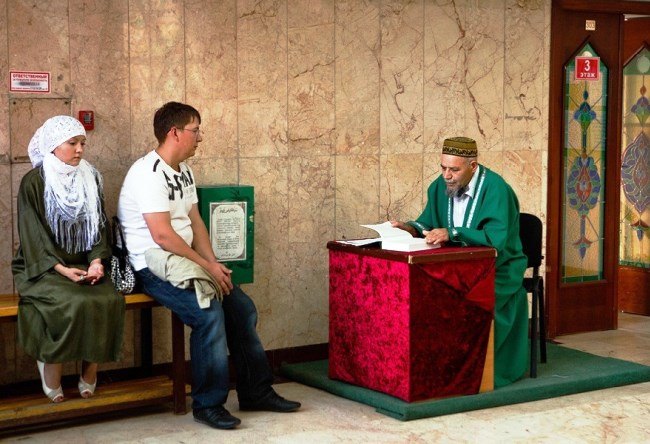 At the same time, a rather long discussion of the project is mainly explained by the fact that during this time the Central Spiritual Board of Muslims of Russia could not come to a solution, both about the architectural decision of the mosque itself and its functionality. In particular, several drafts were submitted for consideration by the leaders of the clergy.

Most were in classical forms, and one, designed by architect Vakil Davletshinov, had modern architectural forms. According to the author’s idea, these forms should create a great attraction for the cult building among the young parishioners. In the end, this project was adopted, but with the condition that it will be substantially improved in the architectural and constructive solution. The mosque should have a madrasah, as the main training center of the Muslims of Bashkortostan.

With this in mind, the mosque-madrasah of Ufa has a prayer hall for 300 people with a rather large balcony, designed for 200 parishioners. And in a separate part of the building there are training classes for 100-150 students, a solid hostel for 60 people, a dining room and a conference hall for 130 seats, intended for holding ceremonial meetings and holding meetings.

In general, the architectural solution of the mosque stands out two, octahedral minarets each 53 meters high, lined with white marble, as well as the mosque itself. The internal premises are lined with ceramic tiles, which are covered with large, hand-made carpets for the duration of the prayer, and eight crystal chandeliers made on special order provide the interior lighting of the mosque building, on cloudy days.