Sugomak cave is one of the most unique caves in the Urals. It was entirely formed in marble. There are only a few such caves on the territory of Russia. You can find this cave near the town of Kyshtym, Chelyabinsk region. It found three grottoes, connected by narrow corridors. 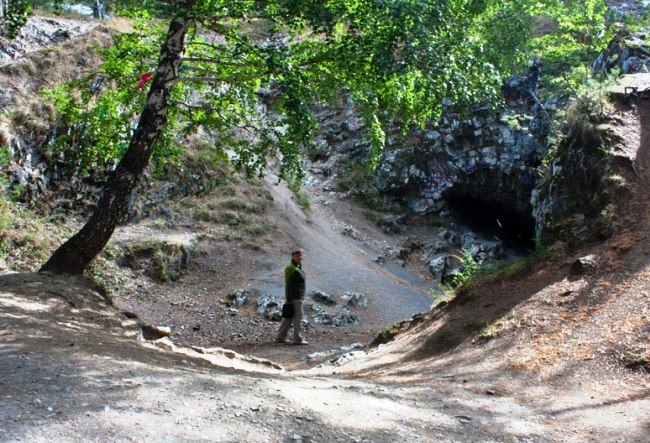 Organized excursions usually do not go beyond the second grotto. It’s hard to get to the third grotto. The entrance is behind a large stone. It is necessary to go through a narrow gap to a vertical well six meters deep, at the bottom of which there is a third grotto, which can only be accessed by a rope, so it is highly recommended not to climb an experienced tourist there. It is partially filled with water, the level of which is unstable and it is quite possible that under it other cave passages are hidden. At present, the length of the investigated part of the cave is 123 meters.

On the rock near the cave by an unknown author, the profile of Lenin is knocked out. The cave itself is located on Mount Sugomak. After examining the cave it is recommended to climb the mountain itself and admire the beautiful view of the area. From the mountain you can see other mountains of the Urals, as well as the cities of Kyshtym, Ozersk and Kasli. 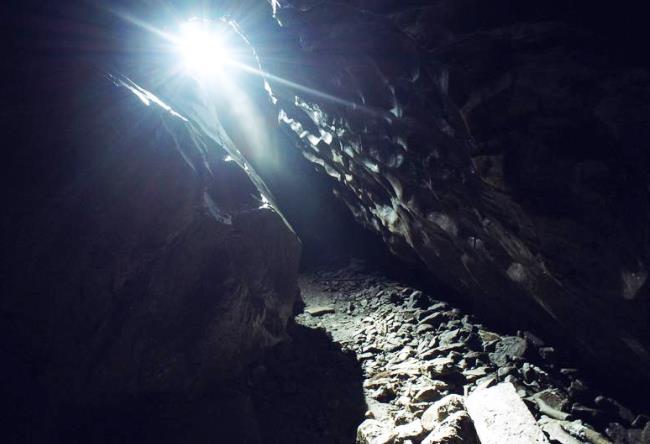 Near the cave there is a spring of Maryina’s tears. According to legend, the tears of the girl Maria flow from the mountain, which suffered from her fiancé. For the water from this spring locals come. Water is famous for its pleasant taste and purity. Kyshtym newlyweds often come to this spring. Every year in June, near the Sugomak Cave, a festival of Russian dances is held. Since 2011 there is also the famous Bazhovsky Festival.