For those who travel through the Southern Urals, it will not be unimportant to know that in addition to the magnificent landscapes of this region, and this is the Zyuratkul National Park with its fresh, high-mountain lake and the highest point of the Southern Urals, the highest peak of the mountain of Nurgush, there is no less than one and a half kilometers interesting and beautiful places. 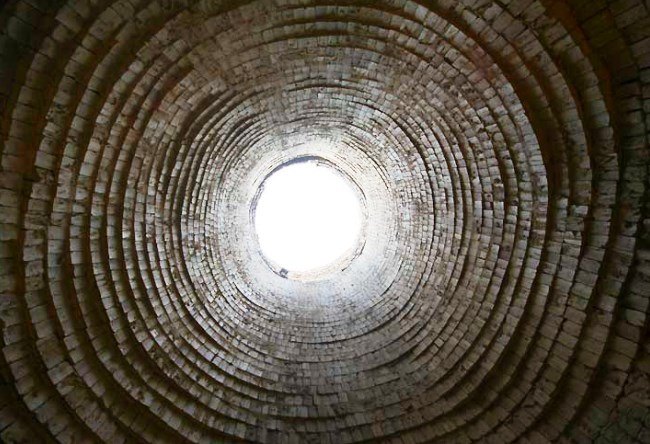 For the most part, such places in the South Urals are located in low places, where most of the time life flows smoothly and smoothly, to match the surrounding nature. It is to such places that it is possible to include abandoned kilns for calcining limestone located near the working village of Mezhevoi, in the west of the Chelyabinsk region.

As early as the beginning of the last century, natural limestone and bauxite deposits were discovered on this territory. In connection with this, near the village near the village of Paramonovka, the limestone quarry of Mezhevoi was built, and nearby there were built limestone kilns, which today also tower along the street «Lime» and from afar resemble the termite of the African savannah.

Lime kiln, as before, and now, was intended for obtaining dehydrated lime, which is widely used, both in construction and in the same metallurgy in the production of cast iron and steel. It’s amazing that these furnaces existed in the working condition until the 90th year of the last century. And the reason for their closure was the fact that not far from Mezhevoy there is a similar plant for the production of calcined lime, and these overtook them in all respects. Then in the same 90 years, the owner of the neighbors bought the furnaces Meghevoy and closed them. 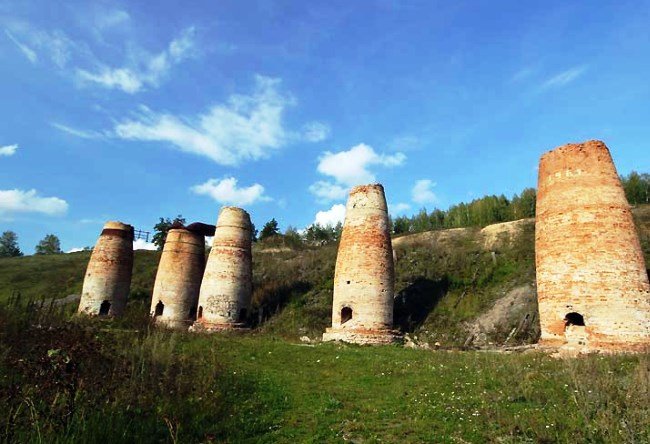 No less noteworthy in the village is an abandoned tunnel, designed to divert excess water from the mine to produce bauxite. And although today the mine itself has not worked for a long time, but the water continues to flow into the picturesque river Ai, which flows along the shore framing the eastern edge of Mezhevoy.