Sviyazhsk island has experienced many shocks during its history. Probably, it is not enough what Russian city changed so many times. He was founded as a fortress on top of a mountain, but later became a spiritual center. In Soviet times, he was in prison in the Gulag system. In 1957, in just one night becoming an island, cut off from all sides of the earth, becomes an island city and a place for pilgrimage and tourism. 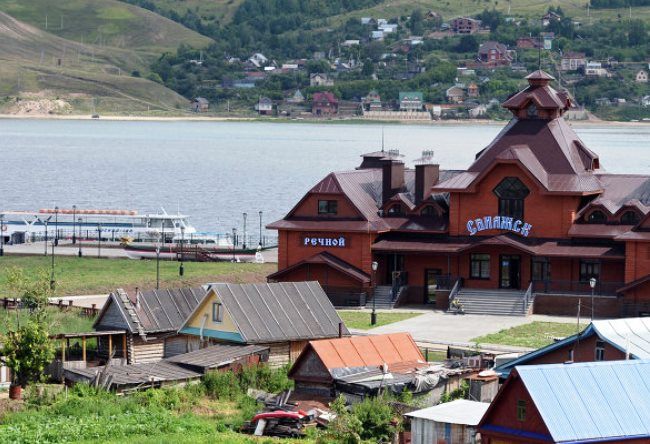 From the buildings of the old wooden Sviyazhsk there was only one single church — Troitskaya. Constructed without a single nail, albeit in a rebuilt form, it has survived to the present day. You can still see the nick-cuts made by Yaroslavl carpenters.

After the annexation of the Kazan kingdom to Russia, the fortified city becomes also a spiritual and missionary center in the heart of the pagan Volga region. In 1555, when the Kazan Diocese was established in Sviyazhsk, the first monastery, Uspensky, was laid. The first abbot of the monastery was Archimandrite Herman. The authority of the archimandrite was so high that Tsar Ivan the Terrible wanted to see him as the metropolitan of all Russia. But at the command of the king, the archimandrite demanded the abolition of the oprichnina and fell into disgrace with the sovereign. 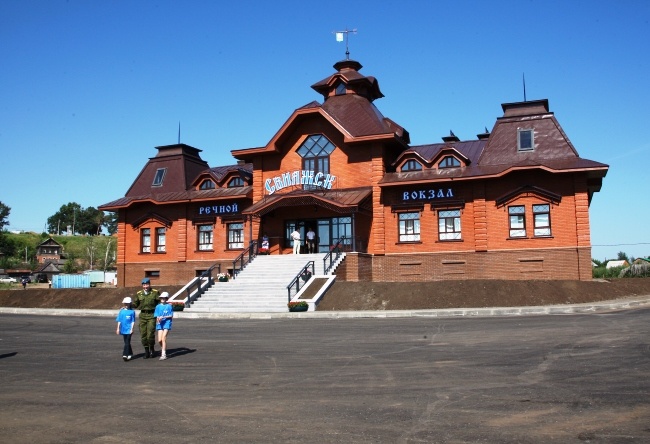 The Assumption Cathedral was built by an artel of Pskov masters. This is the southernmost monument in Russia, built in the Pskov-Novgorod style and has reached us almost in its original form. The exception is the dome, made in the style of Ukrainian baroque and patterned kokoshniki, added in the XVIII century.

Much of the value of the church is represented by frescoes, representing some of the best preserved ensembles of the 16th century. Absolutely unique and amazing in its form the plot of the Svyazha frescoes — St. Christopher, depicted with a horse’s head. According to an ancient legend, he was a Roman of a huge age and belonged to the tribe of «cinephiles». They preached Christianity and received martyrdom in the name of their faith. According to another legend, Christopher was so handsome that he asked God to give him a beastly appearance, so as not to lead women into error.