For many of us, especially the inhabitants of southern and central Russia, winter cold, reaching to minus 20 or 25 degrees, is already an extreme phenomenon, and we all look forward to the arrival of spring, when it will not only be so cold, but it will be possible to dress much less than outerwear. 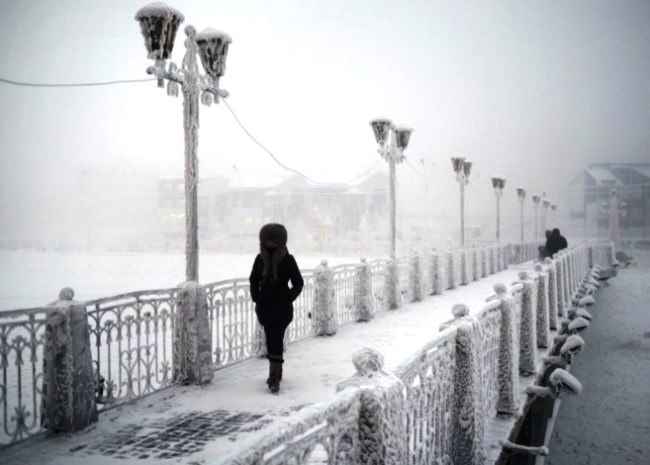 However, in the territory of our rather large country there are also such areas where the temperature minus forty degrees of frost is considered to be a normal natural phenomenon and people normally work, children go to school, and young mothers walk with children along snow-covered streets. In this case, we are talking about such a place on the map of the Russian Federation, as the village of Oimyakon, which is located almost in the North of Yakutia, on the left bank of the Indigirka River.

Due to its territorial and geographical location in Oymyakon, the lowest temperature in the entire Northern Hemisphere is recorded. This event occurred in 1938, when in the village temperature was recorded minus 77.8 degrees Celsius, than a unique world record of negative temperature on our planet was established.

And although the mercury thermometer at the Antarctic station Vostok dropped to minus 89.2 degrees, this «record» can not be considered objective, since the Vostok station is located at a rather large distance from the world sea level, slightly less than 3500 meters. So, taking into account this difference in the altitude of the measurements, the Antarctic station «Vostok» experienced a cooling period of only minus 68.3 degrees. With this in mind, the absolute pole of the cold belongs to the Russian Oymyakon. 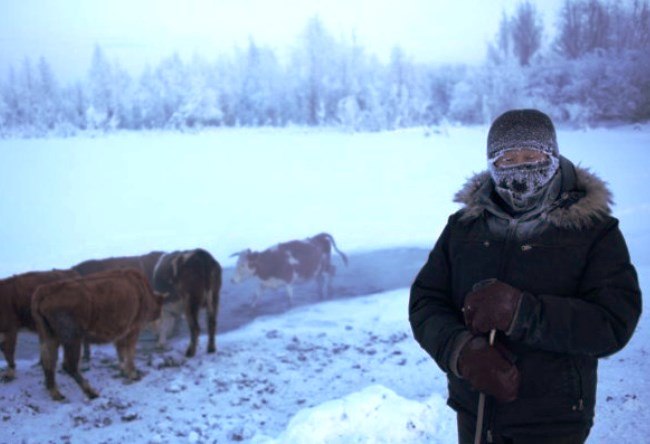 It is also worth noting that, despite the fierce cold of the winter period, the residents of this settlement are experiencing not the best times in the summer. After all, in June-July, the air temperature rises to plus 30-35 degrees. So, with complete certainty, we can say that Oymyakon is not the absolute pole of cold, but the absolute pole of the extreme temperatures of the planet.