Set Travel > Blog > Monument to the seller of shoes

Monument to the seller of shoes

The series «Happy Together» was so popular with viewers that they decided to put a monument to the main hero — the seller of shoes Gen Bukin. The idea of creating the monument originated with businessman Igor Zavodovskiy, who is the founder of Greenwich. The statue of Genna Bukin is on Vainer Street not far from the Greenwich itself. The opening of the monument became a real joy for the residents of Yekaterinburg. 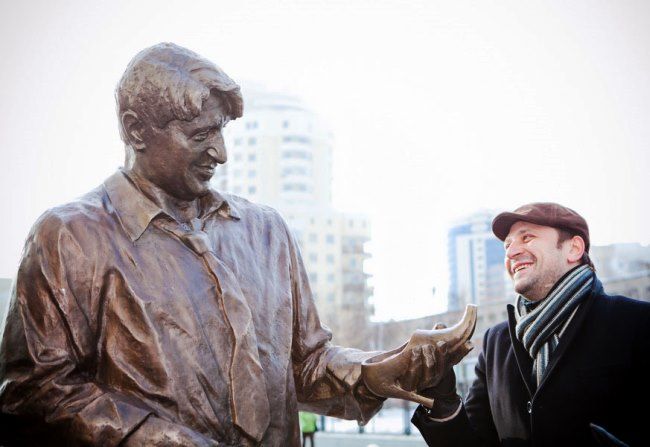 The opening ceremony was held loudly, it was visited not only by the vice-mayor of Yekaterinburg, but also by the famous actor Viktor Loginov, who, in fact, became a model for the monument. It was he who was able to realize on the screen a loser, a seller of shoes and the father of the Bukin family. On the actor’s face one could see different emotions, this is both joy and confusion and perplexity, which spoke about the hero’s experiences and that it is really important for the actor.

Those who live in Yekaterinburg, were surprised by the decision to put a monument to the hero, but, nevertheless, happy that in their city is the memory of the series. «Happy Together» during its existence earned the viewer’s love and therefore brought joy to the city.

Victor Loginov is also from Yekaterinburg, so that the fact that his monument was placed in his native city, could not but please the actor. At the ceremony, he talked about how he feels at the sight of the statue, and even compared them to the emotions that experience when a child appears. It was noticeable that the actor was happy with what image he created, because few can boast of a monument to his stage character. 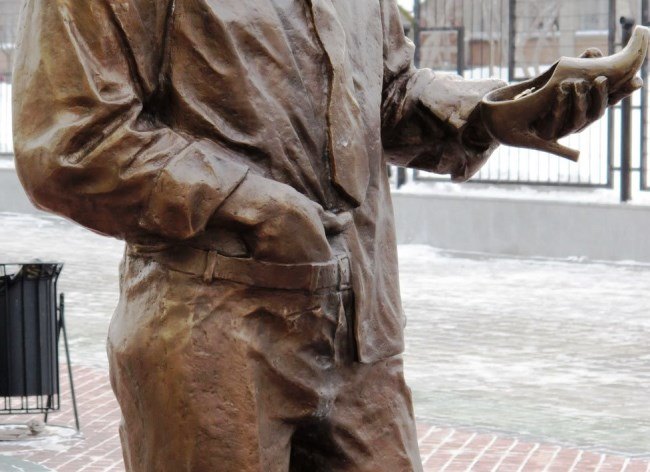 It is important that the face features of the monument are different from the face of Victor Loginov, because the idea was to make a monument to the image, and not the actor himself. Bukin adorns the center of the capital of the Urals and is one of the most striking and unusual sights of the city. All tourists, and just people living in Yekaterinburg, passing by the monument of your favorite comic series, smile and rejoice that at any moment they can stand next to Gena.