City of Saki, rest in the sanatorium «Poltava-Crimea»

A significant part of the clinics specializes in providing balneological and therapeutic and preventive services. And on the whole this direction in the sanatorium-resort business is defined today as medical tourism. And one of these sanatoriums is the sanatorium «Poltava-Crimea», which is located in the city of Saki, where recreation takes place in the coastal zone of the city. 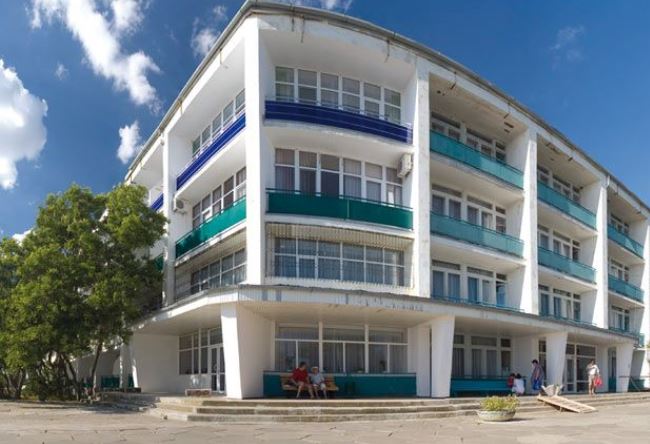 For the first time, the sanatorium was adopted by its visitors back in 1974, when several residential buildings and the building of a medical center were built on its territory, in which baths with medicinal-mineralized water, mud and manual therapy were located. At the same time in the territory there are two full-sized swimming pools with sea and medicinal mineral water. And for the convenience of guests boarding house on its territory is equipped with a parking lot, a sports ground for both adults and children, as well as a well-organized playground.

At the highest level, the sanatorium «Poltava-Crimea» organizes meals for holidaymakers, for whom meals are organized according to the type of «buffet», as well as meals according to the type of cafe-restaurant, where all guests can spend the evening without bothering to travel to the center the city of Saki, with a view to visiting similar establishments. In addition, one of the halls of the sanatorium is equipped with a cinema, based on a large liquid crystal screen and a modern acoustic system.

No less important achievement of the medical staff of the sanatorium is the development of promising methods aimed at treating infertility in women, which is today a rather urgent topic, not only for Russia, but also for most CIS countries and foreign countries. At the same time, as medical workers of the sanatorium themselves say, this method is based on the latest achievements in mud therapy in gynecology and other specific diseases of the female body. 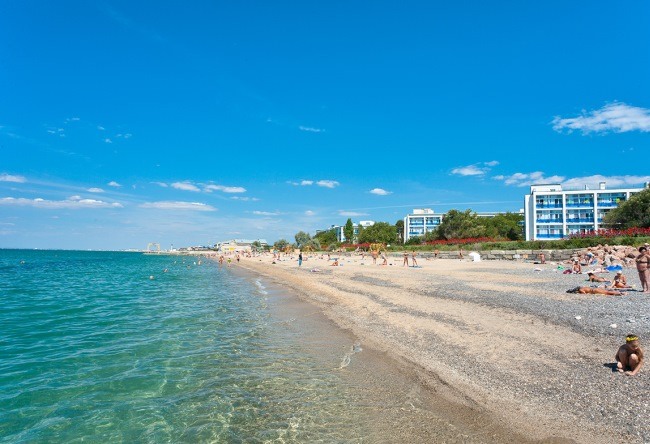 According to Crimean statistics, the number of vacationers in the summer in the city of Saki increases several times, and with a total population of 100 thousand people, from May to August, in the best years exceeds 900 thousand or more. And this is not surprising, because unlike other resort areas of the southern coast of Crimea, it is Saki that has the most comfortable beaches and developed infrastructure aimed at satisfying the needs of tourists.