Set Travel > Blog > The largest waterfall in the world

The largest waterfall in the world

Nature has given man many miracles, among which is the largest waterfall in the world. His beauty is capable of captivating everyone who sees this miracle. The water that falls is a great natural phenomenon that has attracted the eyes of man for many centuries.

In general, water is a miracle, and in the following publications we will answer the question, which is the largest river in the world, and we will tell why the largest lake in the world is the sea …

The largest waterfall in the world 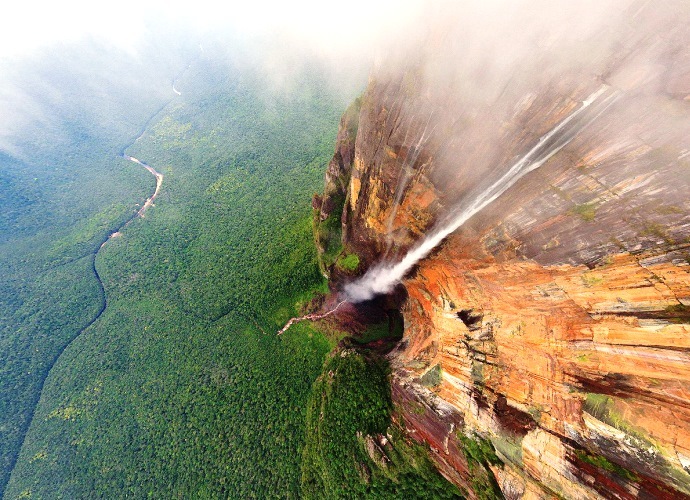 There is an interesting regularity. Usually, large waterfalls can be located on the territory of several states. If you ever ask how the biggest waterfall in the world is called, you can rest assured that you will be answered: Niagara. Someone can remember the Victoria Falls (Africa), and only experts in this matter will specify: more in length or width.

Therefore, based on more accurate parameters, it is believed that the highest waterfall in the world is Angel. It is a real treasure of Venezuela (South America) and quite an impressive place. He opened it, a well-known treasure hunter and adventurer, Jimmy Angel. Gold, he never found, but the story has kept his name in a more kind light.

With «big», everything is clear, but what is the highest waterfall in the world

However, to the question: «What is the highest waterfall in the world», there is also a definite answer — Angel. It is located in the jungles of Gran Sabana. It’s hard to get to the waterfall, because it is in a remote place, which allowed to preserve the natural untouched beauty of this place. Most of those who examined the waterfall, are passengers of aircraft, because you can see at least a glimpse of its beauty.

Getting to the waterfall is quite difficult. To begin with, you should swim for 5 hours in a canoe, then go through the jungle. By the way, the way to the waterfall will be an interesting and fascinating part of your trip. You will get acquainted with the flora and fauna of Venezuela, as well as stunning scenery. A shallow waterfall will be at a time when rains come, namely from May to November. 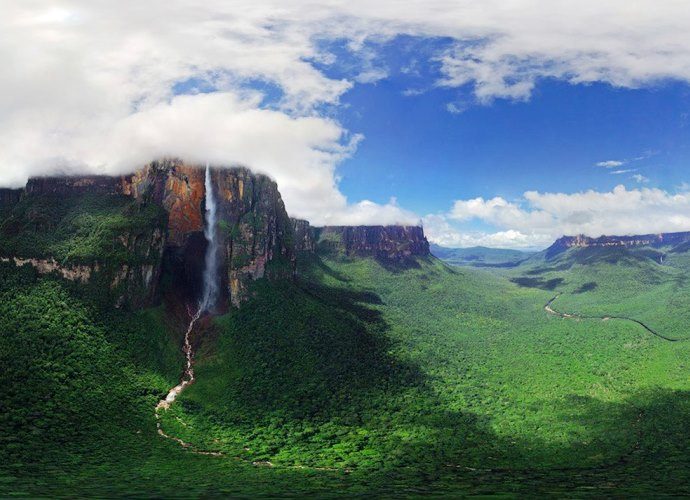 Every second, the highest waterfall in the world, Angel skips three hundred cubic meters of water, which he receives from the Churun ​​River. The height of the fall of the water is so great that the water that is flying from above is sprayed onto small particles before it reaches the ground. The height from which water descends is equal to the height of the 3 Eiffel towers. Even a skyscraper that is considered the highest on earth is lower than the largest waterfall.

In the jungle through which you can reach the waterfall, rare animals such as porcupines, huge otters and even jaguars live. By the way, the huge grotto, which is located behind the huge water wall of the waterfall, can be seen in the film «The Last of the Mohicans». The highest waterfall in the world is able to surprise, and the way to it will complement the travel experience.