If you did not visit the capital of the Republic of Belarus, in any case, pay attention to this building, a rather peculiar form, made in the form of a complex geometric form «rhombo-cuboctahedron», contains many interesting facts. And despite the rather complicated pronunciation of this word, the building looks just great.

Knowingly the building where the National Library of Belarus is located in the world rating among the most unusual buildings occupies the 24th place, far ahead of such masterpieces of modern architecture as the casino of Las Vegas, the national stadium of Beijing and the famous tower «Barcelona». 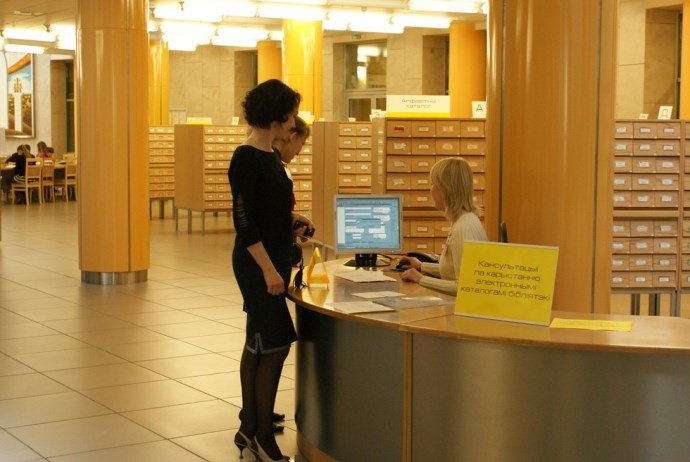 And for all its uniqueness, both in terms of the volume of the book depository and the total area of ​​the building, the National Library of Belarus has in its design and interesting facts, as well as the fact that it has a rather original exterior lighting. Almost the entire facade of the building is covered with a multicolored screen, consisting of LED panels with a total area of ​​about two thousand square meters, which are controlled through a computer system that creates a diverse system of multicolored patterns and patterns. But, the most interesting facts are in her books.

The variety of books is also impressive — here you can find books of classical and contemporary authors, various notes about this or that trip, articles on all sorts of topics, including such folios, where Africa was first described in ancient Greek.

And the history of the creation of this architectural complex began back in the Soviet times, when the project, developed by a group of architects led by professors of architecture V.V., won the national contest, for the best architectural project of the National Library. Kramarenko and M.K. Vinogradov. And although the results of the competition were summed up in 1989, but the most interesting in its history, refers to the fact that the direct construction of the library began only in 2002 by order of President Lukashenko.

Convenient location of the library

All important and interesting places of Minsk were considered for the construction of this library. The choice for construction was quite successful, because the library is located near the residential microdistrict of Minsk Vostok-1, in close proximity to the metro station «Vostok». This place is convenient not only from the point of view of crossing a number of important transport lines, but also the availability of ready-made infrastructure.

And the official opening of the building of the National Library of Belarus took place on June 15, 2006 in the presence of the President of Belarus Alexander Lukashenko, according to which the Belarusian National Library is the pride of the republic, which will be equaled for more than a decade.