Any tourist, going on a journey around the world, wants to see what he has not seen in his life. And it can be anything, starting with the traditions of peoples inhabiting this or that region, and ending with monuments of culture and architecture. Well, of course, after seeing the ancient monuments, I want to learn about them some interesting facts, without this, it is impossible, because the main goal of any journey is the knowledge of the surrounding world.

However, in our time, besides ordinary monuments, one can see something different and not quite ordinary. For example, the Dutch designer, Roland Otten, came up with how to choose an air conditioner and how to make transformer booths and other public buildings beautiful. The idea was to glue such structures with high-quality photo prints, photos for which were made at the place where the object to be pasted was located. After gluing, such objects became disguised and no longer irritated passers-by with their ugly appearance. 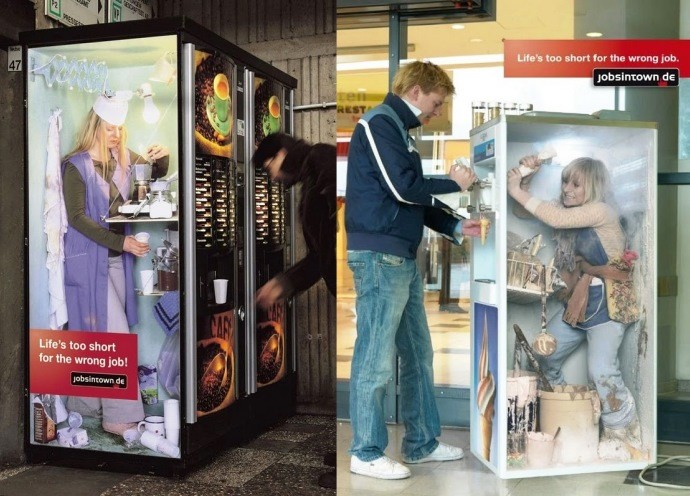 Advertising and interesting facts related to it

Traveling around the world you can see a lot of interesting, including advertising, which in some countries looks very funny, and if you dig deeper, then you will find quite interesting facts related to this type of business. Take, for example, the German job site, which made just a brilliant advertising company, which was held with the same brilliant slogan — «life is too short for bad work».

The idea of ​​this advertising campaign was to show how hard work can be, which at first sight is not even visible. And in order for all the surrounding people to pay attention to this kind of work, it was decided to glue automatic machines, issuing, ice cream, cigarettes, gasoline and so on, posters depicting people who performed the work as if in a manual mode. 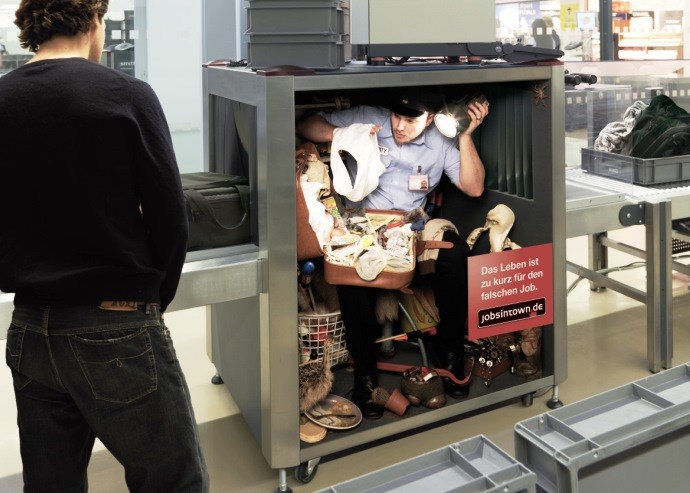 And this is not all the interesting facts of the world, which is called advertising. Here, for example, a British company that produces chocolate, decided to surprise its customers with a 400 kilogram billboard made of pure chocolate. As we see almost any photo of the world, the surrounding people can become a part of some advertising. Therefore, when traveling, do more, interesting photos and friends will have what to show and can come in handy for work.