Nambung National Park is famous for its unusual desert called Pinnacles. Fine golden sand, a numerous number of stone pinnacles that look to the sky and much more. But basically, in this desert pay attention to these rocks. 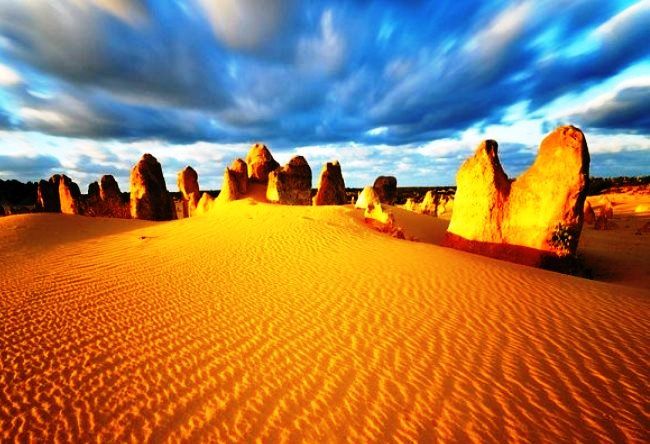 These rocks are also called towers, which were formed of a material such as limestone. It took more than a quarter of hundreds of thousands of years after they were formed. Once, this place was the sea, which later receded, but seashells, unfortunately, have remained in their places. Time passed, the sand is constantly blown by wind and in time, there were formed stone pillars. They are scattered throughout almost the entire. There is no vegetation, I can even say that the signs of life and there are few. 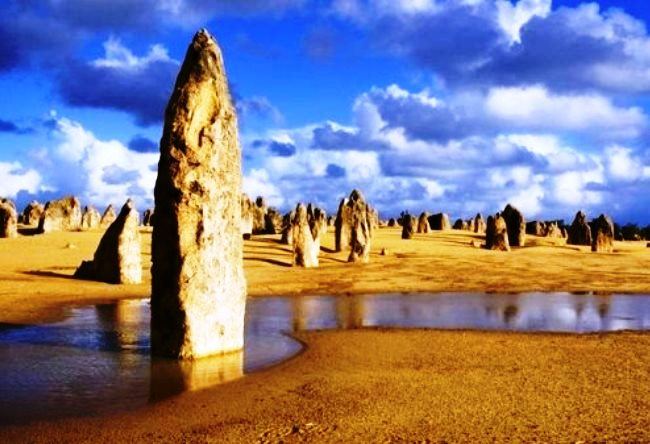 To get into the wilderness, you can drive through several cities, that is, it could be in Perth or Cervantes. But remember that you can only drive at a special way, because if you do not observe the wreckage sticking out, you can easily pierce the tires. But do not worry, because you can seem that way is very difficult. But as soon as you’ll pick the territory Pinnacles Desert and see the beauty that it seems to us that all the bad thoughts disappear by themselves. 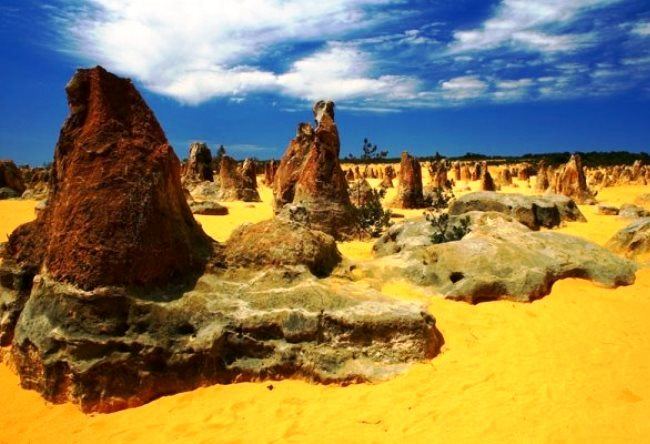 The landscape, which is in the desert, often called the moon, figures that stick out of the sand, jagged. Stones gray protrude from the sand, and their height may be from 1 meter to 5 meters. Some stones can be about the size of the car. 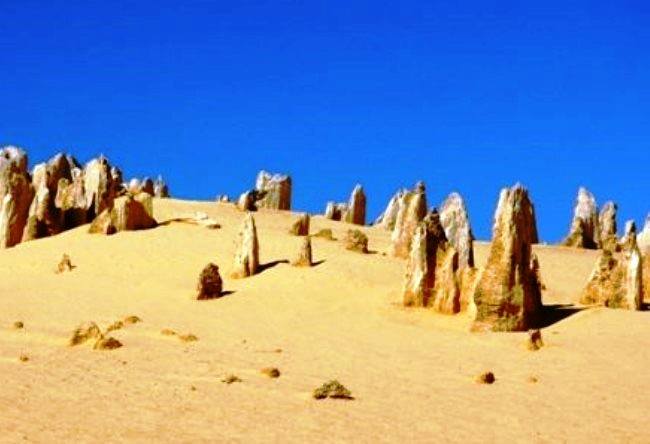 What’s interesting is that every rock, which is in the desert, do not like each other. The surface can be either smooth, spongy same shape and they are also different. So, visit this desert, tourists will be a lot of emotions, which they want to share with the people close to them.