Tennant Creek is a small town located on the northern territory of Australia. Its population is just 3,500. This city can be called remote from modern civilization. For example, the nearest town to a large, one needs to travel at least 500 kilometers, is a town of Alice Springs. 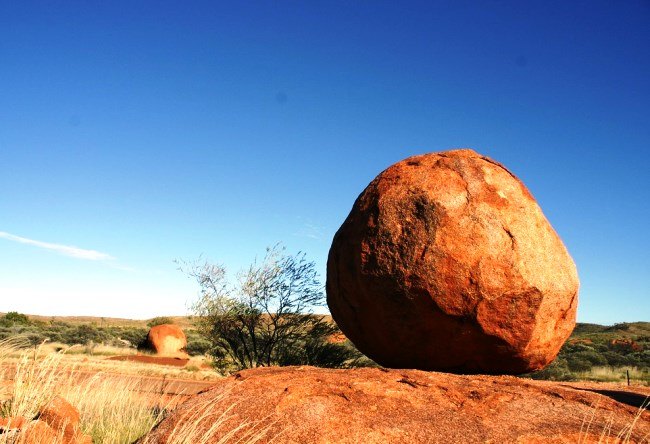 But apart from the fact that the town of Tennant Creek is removed, there is close to the desert, where there are amazing and at the same time incomprehensible stones Karl Karl, still referred to as the devil’s balls. That’s the name they got from the local Aboriginal people who lived here. The main component of these stones is a red granite stone diameter is also not small. That is, circumference is about two feet, and even 60 meters. Watching what stone you will find there. 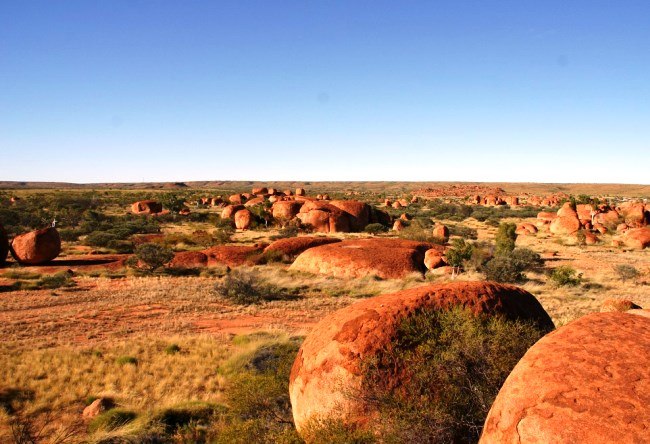 It is surprising that some of the stones stand on each other, but who and how could they install so it remains a mystery that probably no one will ever solve. Although, as usual, for such amazing backgrounds, there is always the myth of this tribe. Tribe kayete thinks it eggs Rainbow Serpent. Myths are many, but as they say, is not proven, no one would believe it. 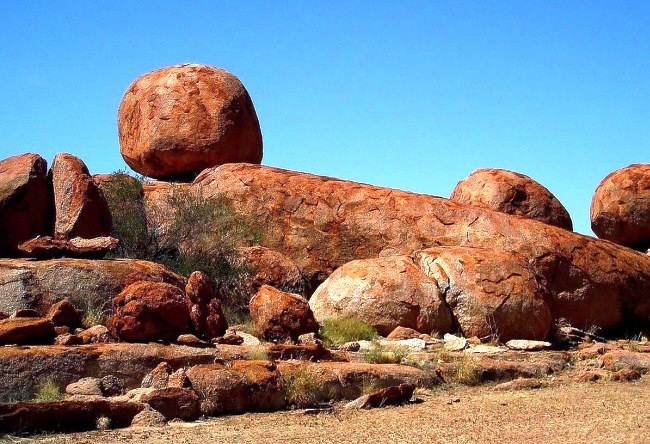 Once upon a time, the land was illegally taken away from the natives, but, nevertheless, in 2008, the land returned to traditional owners. Moreover, this was held a special ceremony return, which was held in reserve. By the way, scientists have their own version of how they could be formed. Once upon a time, there erupted and molten lava covered the entire sandstone, after which it cooled, and thus we see the red granite. 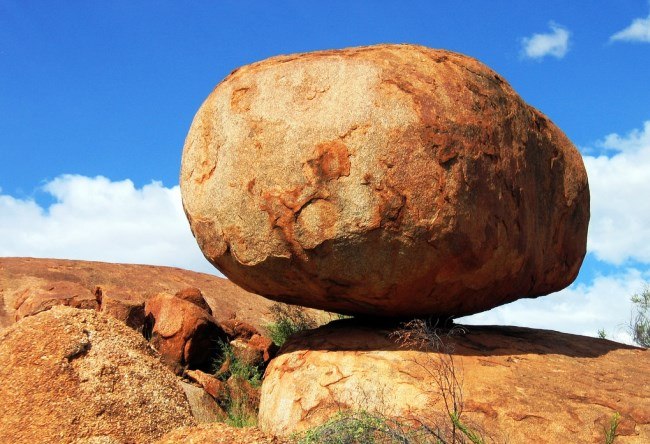 Time passed, and the weather influence, because incomprehensible stones and arranged, it can be said mysteriously. But who knows, maybe in the future we will be able to accurately identify the origin of these rocks and their legends. In the meantime, we can only guess and show off.