In modern lexicon, the word Palmyra, has long been a household name, as a characteristic of a prosperous city. And to date, in addition to the fact that North Palmyra is called St. Petersburg, and southern Palmyra is Odessa, there are still a dozen cities in the world that bear this glorious name.

Palmyra, already sung in the Bible

Its name, Palmyra received from the ancient Greek word for «city of palm trees», as some symbol of certain superiority and prosperity. Indeed, in its years, namely at the very beginning of the Christian era, midway along the Syrian desert, between modern Damascus and Efrat, a city appeared that became a temporary haven for numerous trade caravans to Europe with eastern goods. And earning on this service, pretty good money, the owners of Palmyra were able to build a truly heavenly place for all its residents and respectable citizens of other countries visiting this city for the noble purpose of resting a bit before the long journey. 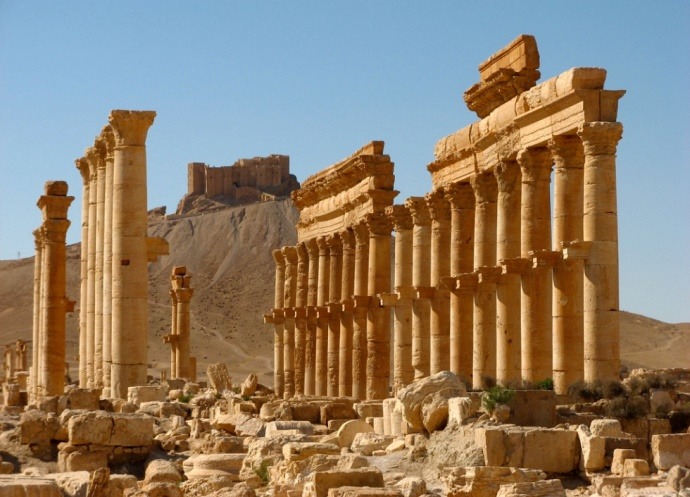 So, in addition to the ruins of the magnificent hotels of that time and the guest houses, the modern Palmyra shows us and the presence in those years of not quite a bad amphitheater, chic baths and other institutions intended for a full rest.

However, in the history of this Asian landmark, not everything was so cloudless and favorable. And if, in the middle of the first century BC, after the destruction of Palmyra by the soldiers of the Aramaic king Nebuchadnezzar II, she managed to rebuild and resume her former grandeur, as the central oasis of the Syrian desert and all the caravan routes that followed to the north of the continent, then the second century of our era was less favorably to this city.

Interesting facts from the life of the ancient city

And it is this period that contains such interesting facts from the history of Palmyra, as the reign of the rather capricious queen Zenobia, who, having ascended to the throne in 267 AD, began an unprecedented war with the Roman Empire for her independence. But, not calculating, the Queen Zenobia lost her war to the troops of Emperor Aurelian, who, in revenge for the manifested wilfulness, almost completely destroyed Palmyra, after which the city was no longer able to restore its former glory and beauty. 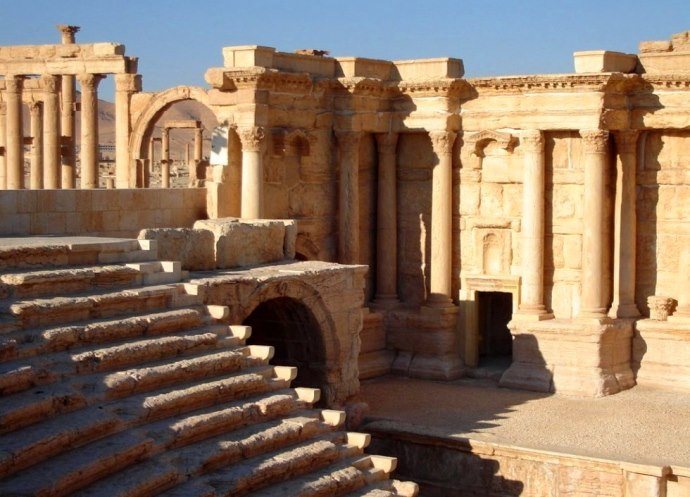 And, unfortunately, decaying, the city was forgotten and abandoned for many centuries until in the middle of the seventeenth century an English negotiator who traded in Asia with local merchants, Sir Halifax, did not come across the ruins of this ancient city, with which in principle the study of Palmyra began and up to the present time. Now, next to the ruins of ancient Palmyra is a small Syrian village, which to the history of the city, has nothing to do. Although tourism does not suffer from this much, and its enterprising residents even earn a little on souvenir trade.

How to get to Palmyra

Given that the nearest city with a developed infrastructure is Damascus, then to get to Palmyra is more real for a rather not bad highway passing through the desert. And having traveled only some two or two and a half hours you get to the era of early antiquity, true, in the form of well-preserved ruins, but this in this case is not the most important thing.