For those who travel for the first time in China, this country, at least, seems to be a kind of kaleidoscope of impressions, which strikes in its contrast the neighborhood of modernity and the ancient history of this region. However, if your tourist route passes through the island part of China, namely through Hong Kong, then you will surely see such a landmark of Lantau Island as a Buddha statue that is considered the most grandiose among similar monuments to this iconic image of the Buddhist deity located in China. 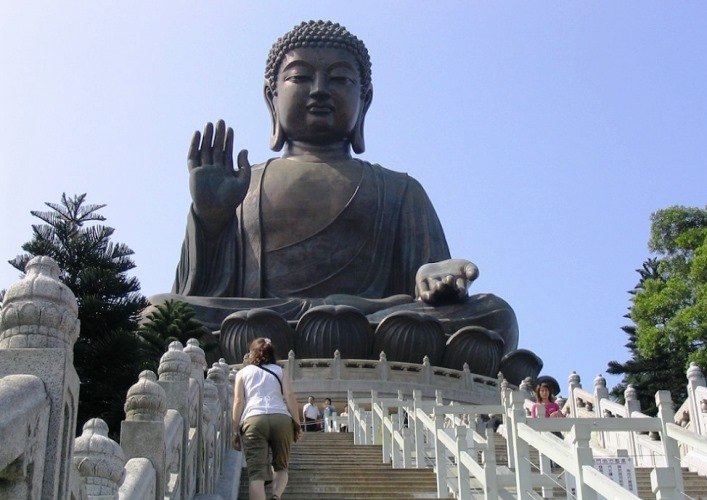 Buddha statue on a lotus flower

First of all, it should be noted that the Buddha statue located on the island of Lantau, towers over the surrounding territory by about eighty meters. So, in order to get to this monument, it is necessary to overcome a whole cascade of steps, the total number of which is 268, which, according to numerous tourists, is quite problematic to overcome in a single breath. However, if you have passed this test with dignity, then you will have an excellent opportunity to appreciate all the grandeur of this grandiose monument. After all, for this it is not enough to say that its height exceeds thirty-four meters, and the weight of pure bronze, spent for its manufacture, is neither much, nor small, but two hundred and fifty tons. 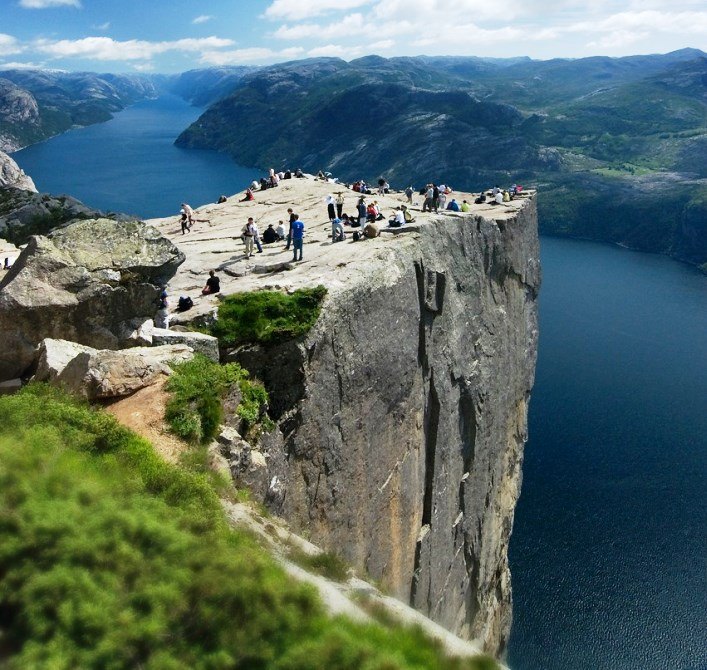 And some more features of this monument

At the same time, those of us who are at least slightly familiar with the foundry industry fall into some perplexity from the very fact that such a sculpture was cast from such a quantity of metal. And no less surprising, the present one also causes one more moment connected with this Buddhist monument, namely, how industrious the Chinese could raise this colossus to such a height. So, not for nothing, many monuments of Asia, dedicated to this Buddhist deity, just fade in front of his statue, located on the island of Lantau.

However, in this majestic composition there are also significant differences, from the canonical image, the sitting Buddha, which, as a rule, faces to the south side of the Light. And the Buddha, located on the island of Lantau, turns its gaze in an absolutely different, opposite direction, namely to the north, where there is no less than the majestic capital of the Celestial Peking. What the authors of this monument wanted to say with this difference from the traditional canon of Buddha image is difficult to say, but the fact that interesting places in Asia from this have replenished with such a rather unique attraction, negates all the objections of the true admirers of this religion. 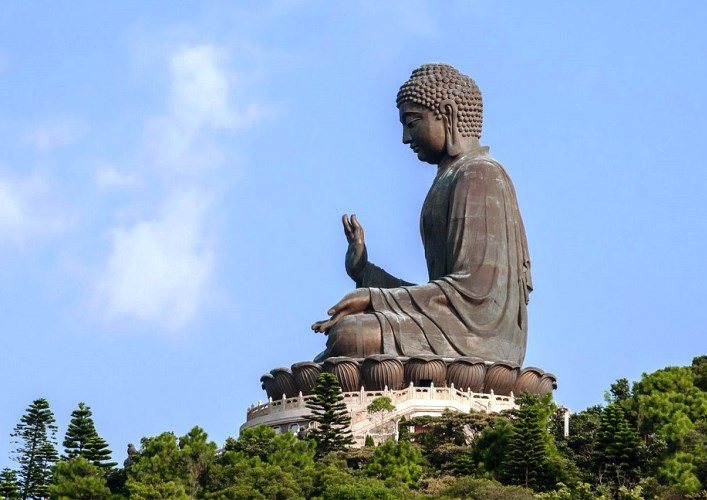 Substantially simplifies the problem of how to get to this Buddha statue, then a small circumstance that Lantau Island has been one of the largest resorts of this region for several decades. And if you have already arrived in Hong Kong on a comfortable airliner or sailed on an even more chic cruise ship, then to get to Lantau is not at all a problem.