Uyuni, where some 40 thousand. Years ago was part of Lake Minchin, a huge, then it dried up, but there were two salt lakes today Uru Uru and Poopo and the Salar de Uyuni and two Koypasa. The lake Poopo is adjacent to Lake Titicaca, which during the rainy season spreads, and it absorbs water lake Poopo Flooding salt flats of Uyuni Koypasa and turning them into a mega mirror. 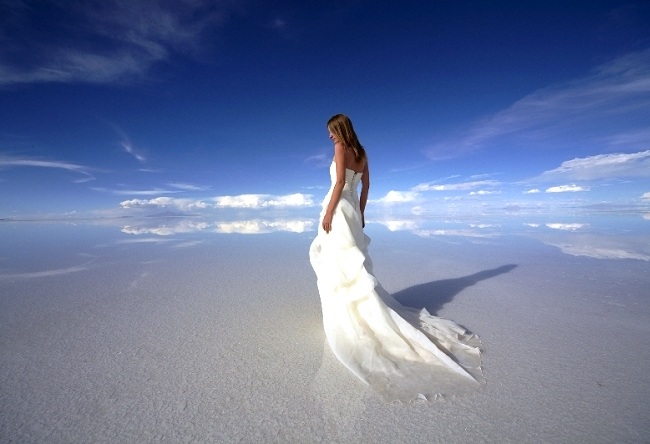 Under the Salar de Uyuni lies a lake, its depth of 2-20 m, the water it contains common salt, magnesium chloride and lithium chloride. The salt cake may be thick and 10 cm, and reach several meters. In the middle of Uyuni are a few «islands», which are the vertices of ancient volcanoes, Lake Minchin, an era they had gone to the bottom. Islands with an unusual structure and fragile, as corals are composed of algae and fossils. 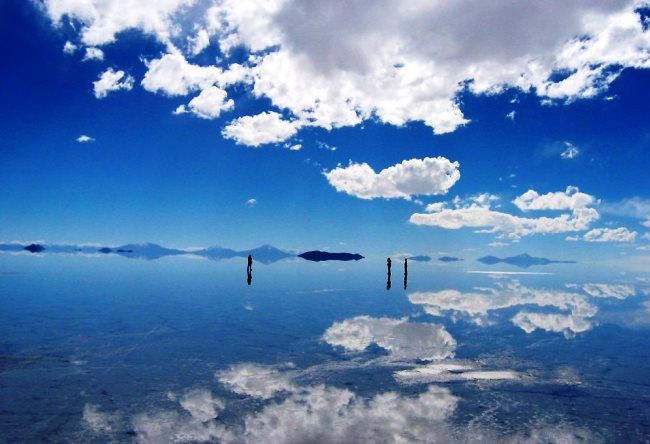 Precipitation is low, even in the rainy season the number of wet days, no more than five a month. The salt marshes are industrial lithium production (a valuable raw material for batteries). Today, the Bolivian government plans to build a plant. The saltmarsh mined salt contains about 10 billion. M. According to the legend Aymara Indians say that the surrounding mountains Tunupa Salar de Uyuni, Cousin and pieces were once men-giants. 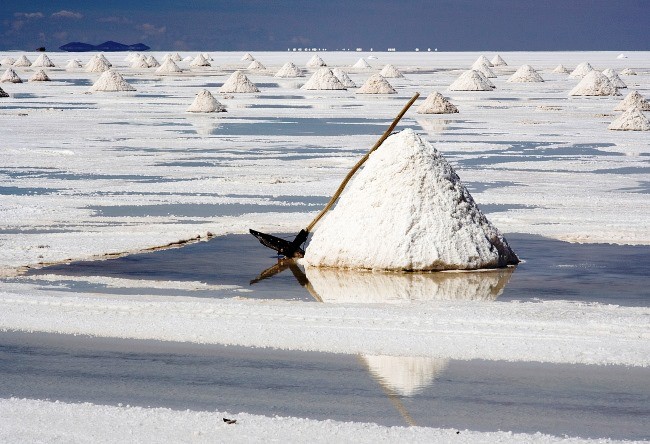 Tunupa married to pieces, but he left her for cousins. Tunupy Tears mixed with breast milk, breastfeeding her son, and thus formed a salt marsh. On the salt marsh vegetation is absent, but there is an exception – cactus giants, 12 meters high, and the bush. Locals this vegetation used as fuel. 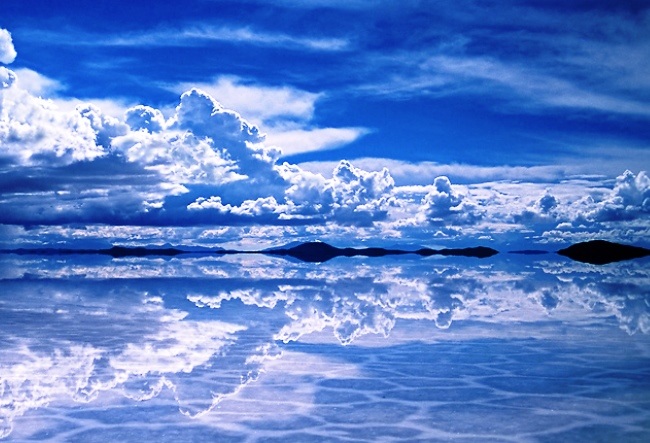 In November, here are three types of flamingos flock. It is also home to other species of about 80 species of birds. Uyuni – is the name of the town, living in the town of 10 thousand 600 inhabitants. To attract tourists curious residents are building hotels, and building material are the salt blocks. In this amazing hotel to relax for a few days.