Chinese Tang Dynasty pyramids near the city of Xi’an

The most famous of the burials Tang era is the Qian Ling Mausoleum, built by Emperor Kao Tsung, who lived between 628 to 683 years. The mausoleum is located in China, about 80 kilometers north of the city of Xi’an. 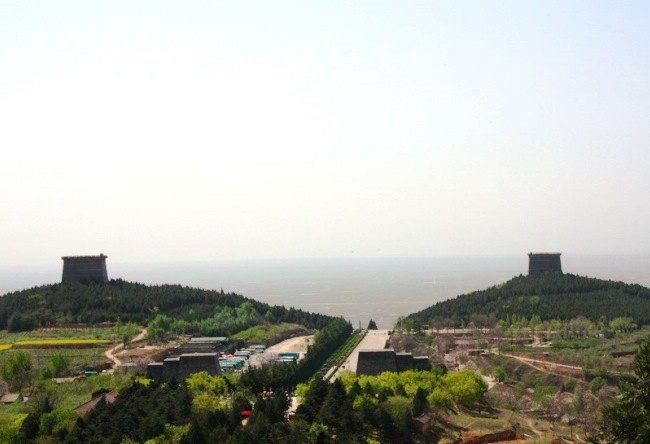 To get to the mausoleum can be directly from Xi’an, sitting on a tourist bus number 3, sent from the main station. This can also be reached by bus and to the temple complex Famenne, if you just drive a little further. 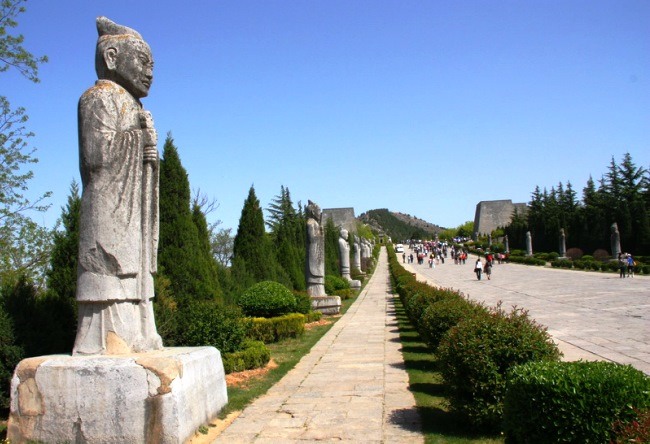 The main difference from the graves found earlier dynasties – a rejection of the construction of the typical Chinese pyramids. The rulers of this age had countless capitals, and has great potential, but have decided not to waste human and material resources for the construction of bulk mounds and decided to use the mountain, and cut through them in the cave. Approaching the funerary complex, immediately apparent two watchtowers. 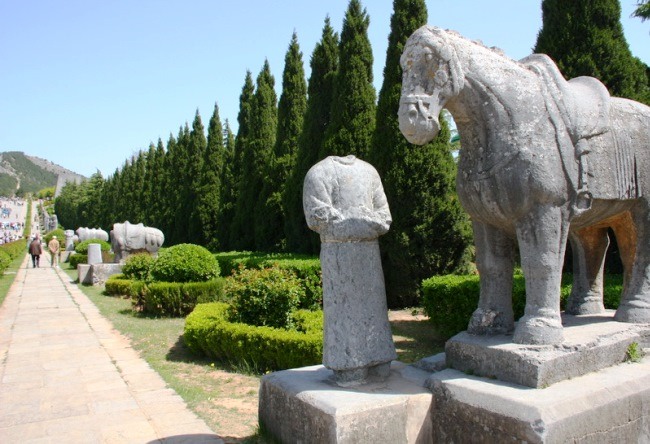 From chronicles we know that thanks to such innovations, the very process of construction now takes much less time, and the basic structures of the mausoleum was built in just one year. On the other hand, natural mountains look much more impressive of all bulk mounds. For example, the mountain, which is the tomb of Emperor Qian Lin, has an elevation of 1069 meters above sea level. 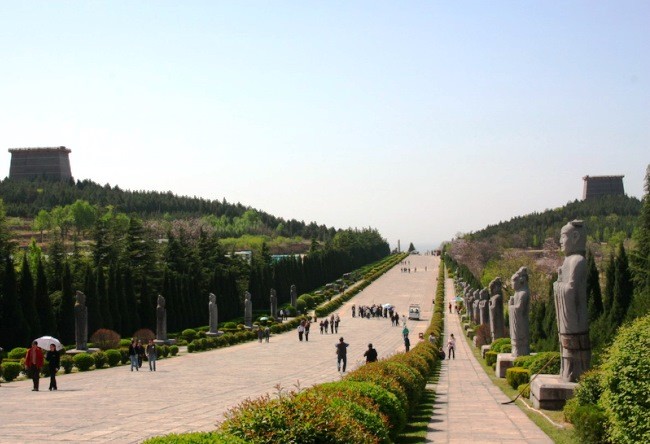 Shrine Gao-tsung, located in Liangshan mountain and has a pyramid shape, which makes it ideal for the imperial mausoleum. In addition to the emperor, buried in the tomb and his wife – Empress Wu Zetian. It went down in history as the first and only woman to become a Chinese emperor. In 690, Empress declared herself the daughter of the Buddha and became sole ruler of China. The mausoleum has to finish building it, and made it even more majestic and grand. Total available to tourists to visit 3 tombs, but in order to fully consider all the details you need quite a lot of time.