In the city of Delhi, in the famous Qutub Minar complex, it is one of the most mysterious structures of the Earth – the famous Iron pillar. Another name for buildings – Maharsuli column. It is rightly considered to be one of the «wonders» of our time, along with drawings in the Nazca Desert, Egyptian pyramids and other. In the column applied Sanskrit verse inscription, which says that it was erected during the time of King Chandragupta II Gupta dynasty – 381-414 years. BC 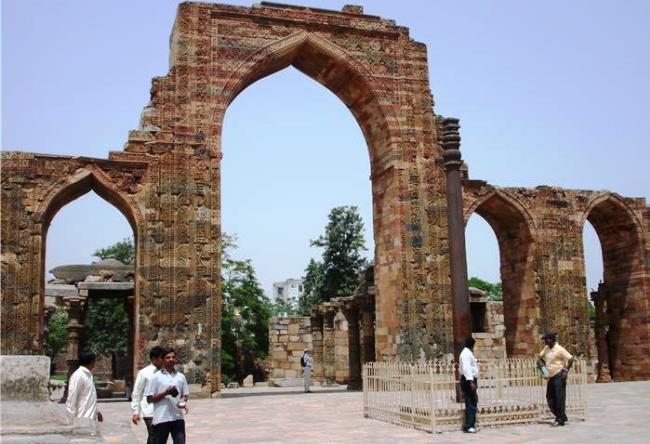 Column Maharsuli considered one of the most mysterious monuments of Indian culture. Iron Maharsuli column dedicated to the god of Vichy, was originally located in a different place and was crowned the mythical bird Garuda. Later Muslim conquerors moved to the courtyard of the mosque construction Kuwwat ul-Islam. At the same time, the Garuda bird disappeared. 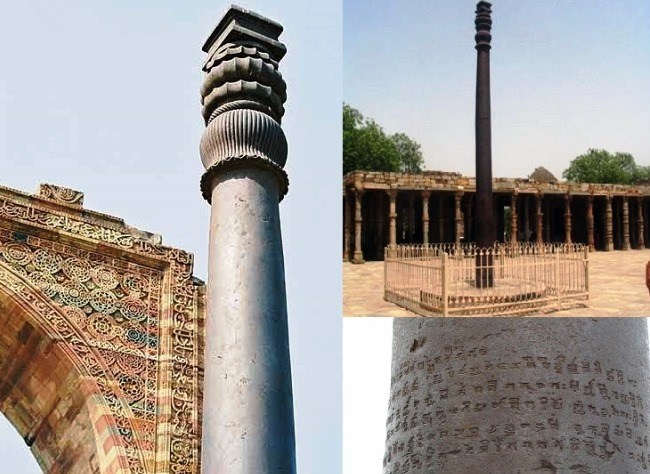 Iron Maharsuli column rises above the ground to a height of 7.3 meters and weighing more than 6.5 tons. The diameter is 42 cm. At the base and up to 30 cm. From the top. Construction has not been a single weld. It is worth noting that in the tropical climate of India, iron rusts very quickly, but the column corrosion absolutely not affected. And this despite the fact that it has more than 1500 years. Not even a trace of rust. As it has been made while not so big thing still clear. Another interesting fact – in the column does not hit by lightning. 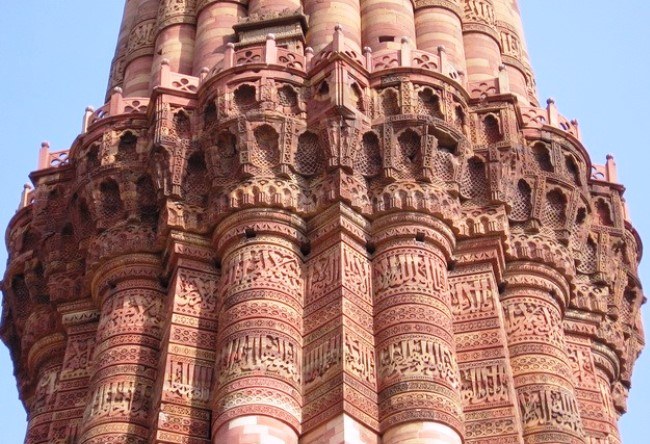 Some researchers believe that the Iron Column made of meteorite that fell to Earth about three thousand years ago. lunar soil samples were taken in 1970, «Luna-16» of the Soviet station. After chemical analysis, it was found that the lunar soil for chemical. composition identical to the material used in the construction of the tower. 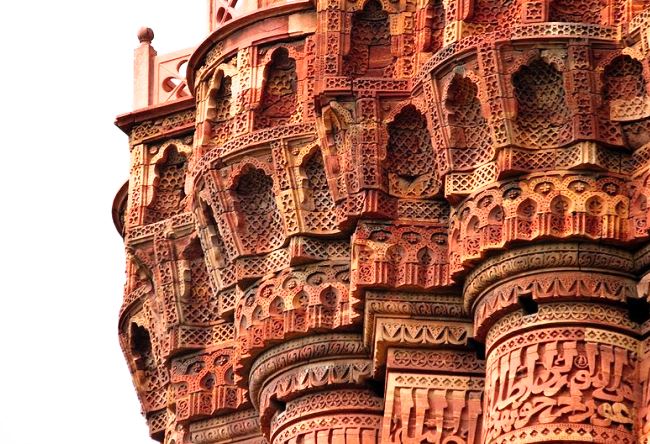 Until now, scientists could not determine the method of manufacturing an iron pillar Qutub Minar complex – casting or forging. On the face of the column is homogeneous, which means that the applied molding. But the question arises. The melting temperature should exceed 1539 degrees, and taking into account the purity of iron, according to research chemical, smelting was to take place in a vacuum. How did the masters of the time to produce an iron pillar, taking into account all the recommendations? It is still not clear.