Laos, the valley of the ancient jars

This valley is an unusual group of sites in Laos, in the territory of Siangkhunga. This area is called the Valley of the pitchers because of the huge number of small and large stone pots randomly scattered in Annamskogo ridge located on the border of Laos and Vietnam. 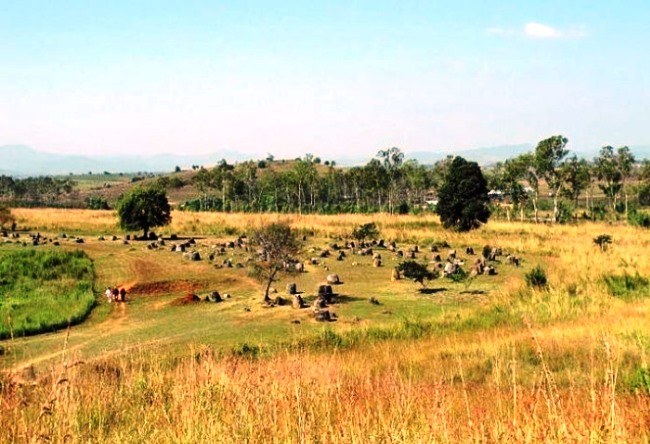 Pitchers Annamskogo ridge have very different sizes, from 50 cm to 3 m and a weight up to 6 tons. And their age, according to experts, is about 1500-2000 years. Now, this valley was declared a UNESCO World Heritage party. For a long time it was impossible to achieve due to the difficult military situation in the province. She constantly bombarded the US Air Force during the Secret War. That is why even now a large part of the area is closed to tourists. 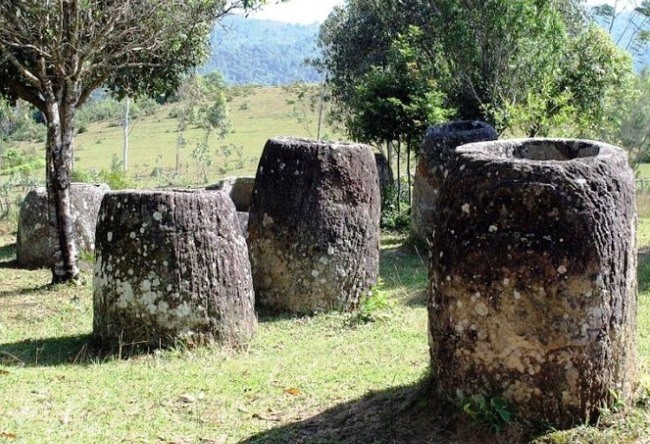 According to scientists investigating the excavations were used pitchers ancient people that lived here thousands of years ago. Culture of the people completely unknown. Presumably, the ancient jars or used for storage of water, or as funerary urns. And according to local legend, in the valley of the giants once lived and used those jars to collect rainwater. In another famous legend, the ancient king after defeating enemies, ordered to make all these pitchers for cooking wine lao lao in large quantities. 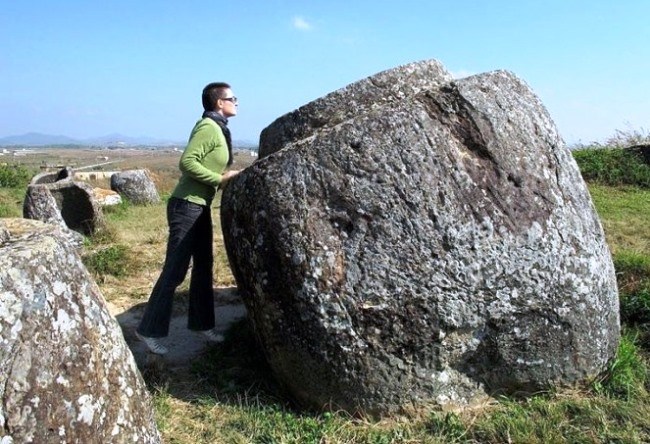 The first known excavations near the pitchers in this area began in the 1930s, but soon stopped because of the war and the bombing of the Americans. Now, in the valley we meet a lot of unexploded ordnance and because of the risk of running into a shell excavations temporarily suspended. 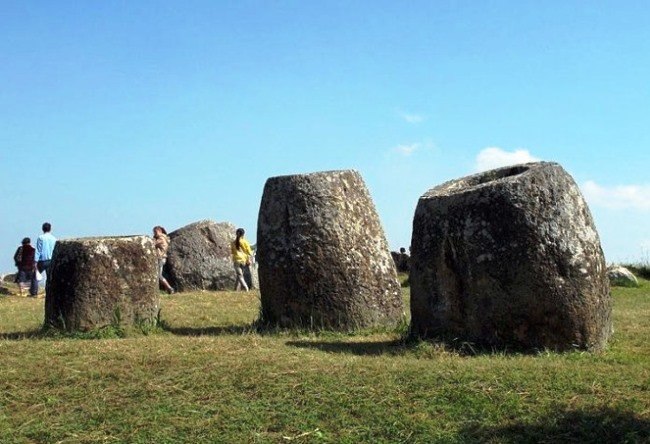 Just Siangkhunga Valley are over 50 sites with pitchers. Such sites also exist in India and Thailand. Location same pitchers suggests that once there ran trade routes served by them. But part of the valley, 3 platform, available for tourists