A few years ago in China, Jiangxi Province working at clearing the territory of the country boulders were found. These stones were similar to the wheels with a distinct bulge in the middle. Excavations continued, and were found more stones perfectly similar to the previous ones. Only about a dozen of the same stones were found that day. They all had a diameter of 3 meters and a weight of 400 kilograms. 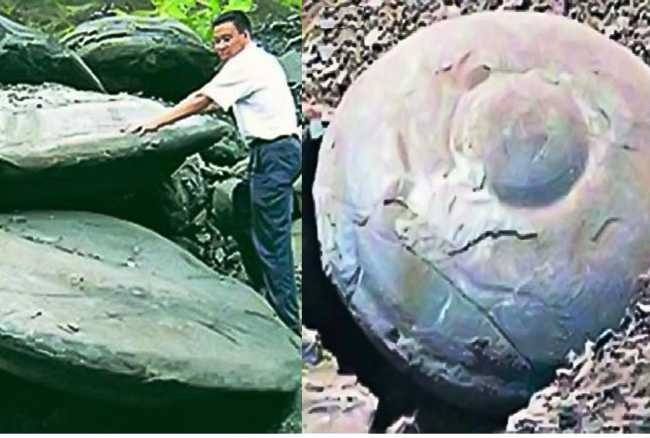 According to the first findings, these stones are the subject of the Chinese cult of antiquity, but this hypothesis is refuted findings discovered earlier. About 1938 scientists strange graves were discovered. It was the cave in the rock, each of which was the body. But it surprised scientists, because in Tibet live in caves, almost half the population. The odd thing was that the ancient corpses were rising not more than 115 cm. 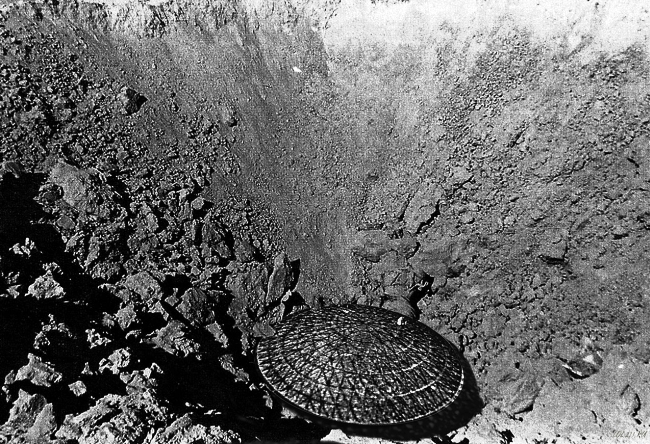 Uchuvstvovat this expedition anthropologist has concluded that a mummy found are not related to any of the peoples living on the earth. More than 700 graves were discovered there. At the foot of each of the deceased small stone discs were found. Ancient Chinese inscriptions found there, told scientists about the devices, arrive on Earth more than 10 000 years ago. As mentioned in the inscriptions of the ships flew into tribes called – Drop. 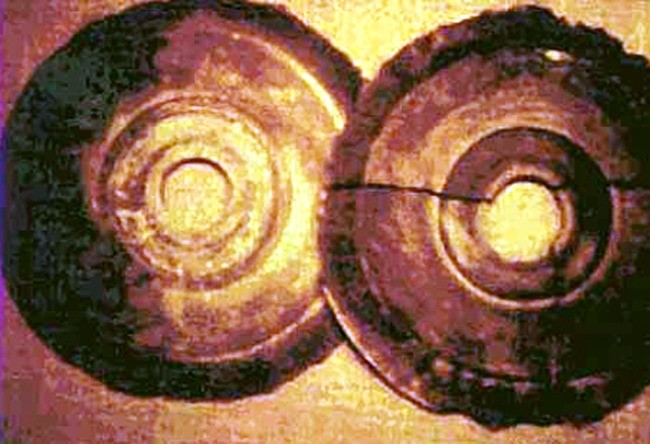 The study was unofficial and scientists soon had to return, taking with him a number of artifacts. Unfortunately, during the war with Japan, these disks have been lost or destroyed. Gone also report compiled by the expedition, and the story of this campaign was considered to be a myth. 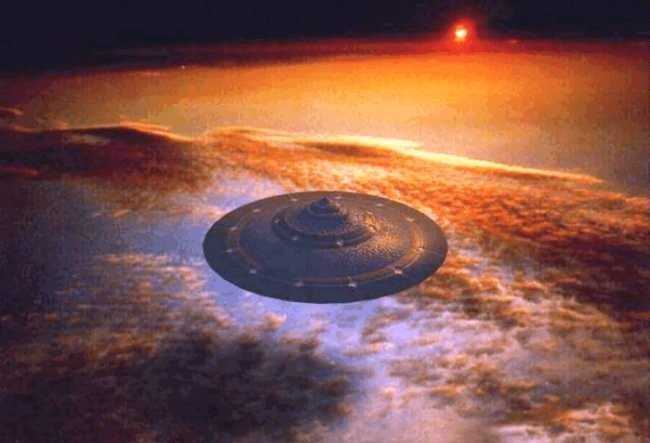 And only in 1994 the stone discs were found again and researchers have begun to study them in detail. A stone found in Jiangxi Province gave them new materials for comparison. Scientists have suggested that a formed due to hot and humid climate of stone crust can be found writing or drawings that reveal the secrets of these discs.