History Yanshanskoy plates began in 1405, when Emperor Zhu Di of China has decided to perpetuate the memory of his father, and invited more than 1,000 artists to create Xiaoling Mausoleum, in addition to which they have also created three megalith, which are located nearby. Monuments are located near the city of Nanjing, the former from 472 BC Capital of China. 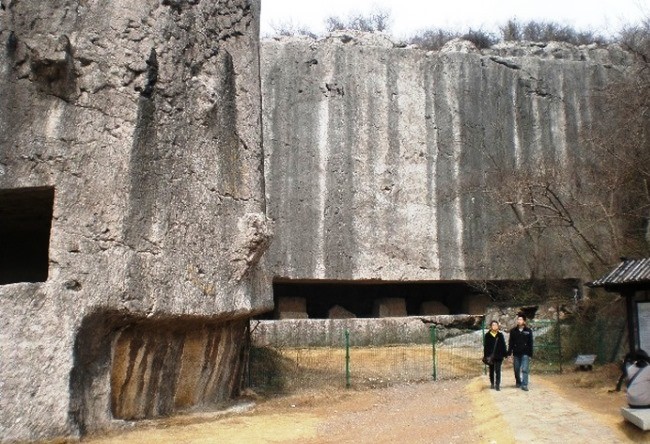 Megalith Base reaches a height of 17 meters and a width of 12 to 30 meters. Weight of the giant exceeds 16 000 tonnes. The second monument more modest in size, the height of about 14 meters, a width of 4 meters and weighs about 9000 tons. The final monument is located right next to the second, has a strange oval shape, it reaches a height of almost 10 meters, and weighs 6100 tons. If monoliths put on each other, their height reaches 75 meters, and the total weight is more than 31100 tons. 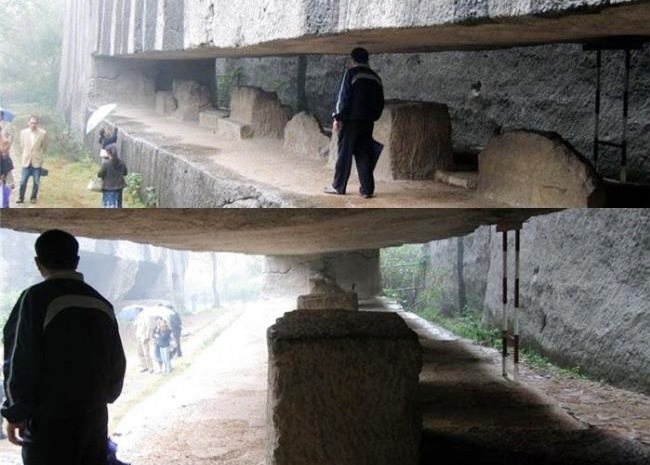 On monoliths carved head, legs and tail of a dragon, and the rectangular niche of unknown origin. In addition, the area around the monument thoroughly cleaned and the walls of rocks, near which they are located, perfectly aligned. For thousands of years, these monoliths were guidelines and Yanshanskaya plate in this case is their central part. 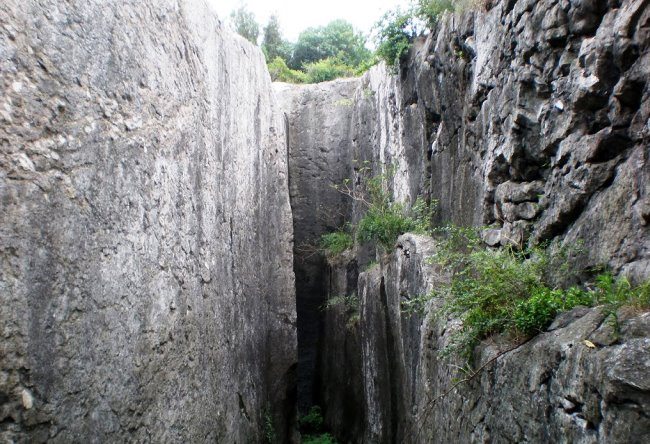 When looking at the top monolith, the second monolith is rectangular in shape, with a ratio of around all sides of 1:10. Monolith clearly visible from space, and it is located exactly in azimuth in 40.4 degrees. Somehow they remind Churches of Lalibela Ethiopian … 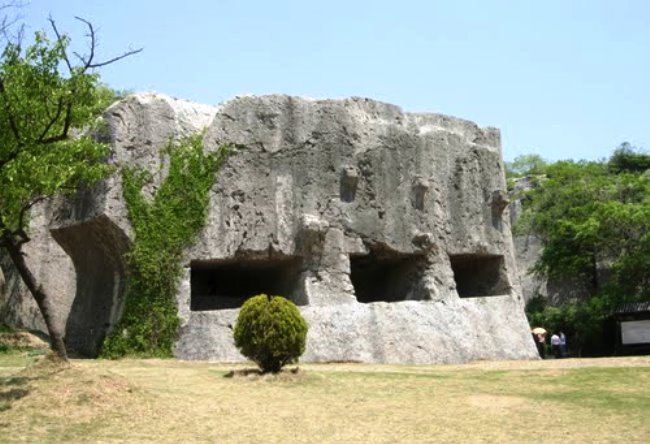 This unusual azimuth defines the direction of Teotihuacan, which all megalith and oriented. From Yanshanskoy plate to Teotihuacan 13 008km, and it divides the distance more than half a Great Circle that passes through the objects in the proportion of about 7:13. How is the relationship between these ancient buildings still unknown, but scientists believe that all ancient monuments are part of something grand, and so far unknown. In the meantime, these monuments are regularly visited by tourists and are considered just monuments Ming Dynasty.