Lion Rock, or even just about Sigiriya

Many tourists are unlikely, perhaps, would have refused to go on the island of Sri Lanka. In this unique and wonderful part of nature. After all, here you can wander through the dark woods and suddenly stumble upon the ruins of a castle, or whether any of the palace, and if you’re lucky, it will not ruin a pretty well-preserved buildings and sculptures. 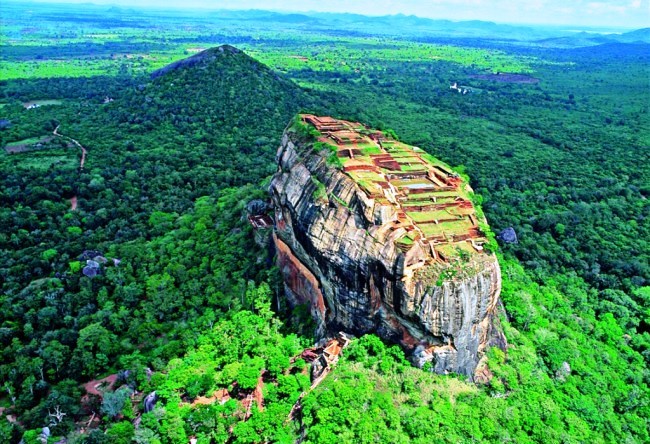 One of the most popular destinations in Sri Lanka is Sigiriya (Lion’s Rock). It is situated almost in the center of Sri Lanka, in the area of Matala. If you do not see all the eyes, then of course it is difficult to imagine all the beauty, which is shrouded in Sigiriya. Here, on a plain, which rises above the sea and is completely covered with forests, there is a huge rock, neatly cleaned gardens and swimming pools. 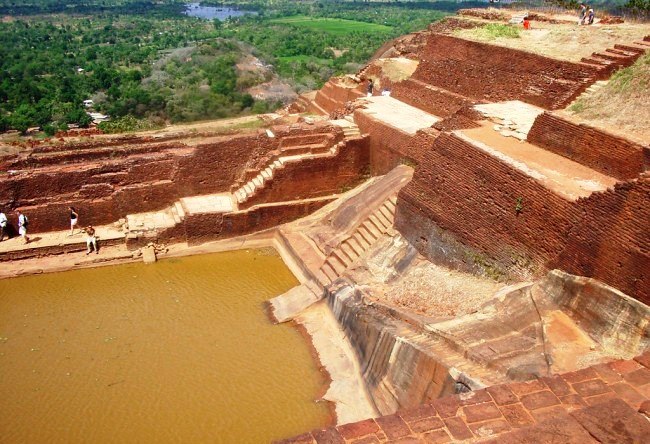 According to some reports the founding date of this palace is the end of the fourth century. And it was built on the orders of Kasap, who became a parricide, to take place on the throne. But the murder of the father, could not lead Kasap to rule the country, because he was still younger brother, Moggallana, who realized that he could expect the fate of his father and decided to escape. Kasap decided to hide away from the wrath of his brother and settled in Sigiriya. 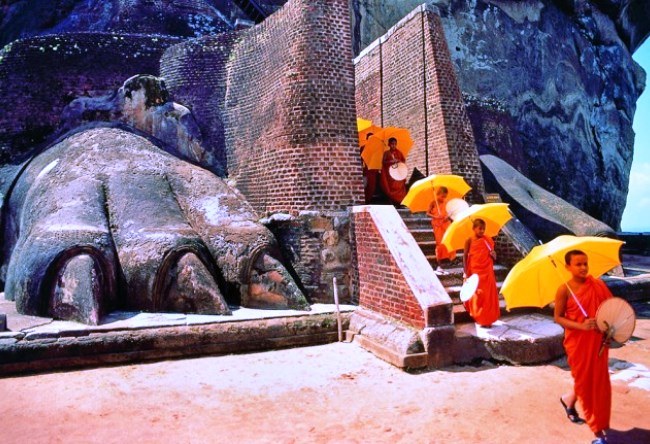 Until such time as there settled Kasap – this amazing rock in their caves sheltered monks. It was a kind of refuge monastery. And he served the monks so many centuries. It is believed that the monks came here in the fifth century BC. But Kasap the distinction of being made out of the rock, a beautiful palace, with numerous swimming pools, terraces and gardens. 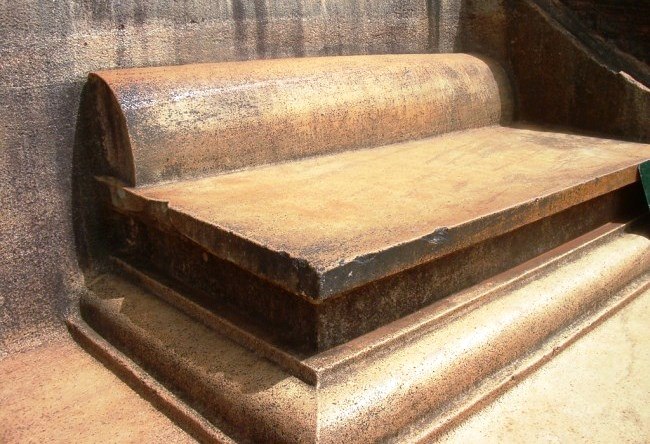 Pleased to note that this unique ancient castle, built on a cliff, survives today in a fairly good condition. No joke after so many centuries, and the tanks that store water, so can serve its intended purpose. Individual words, of course, deserve the gardens they can be called the most beautiful in the world. Then they are divided into several types so to speak – water gardens, orchards and gardens on stone terrace.